For their Masterclass, the Club at the University of Central Lancashire took part in a workshop with Michael Johnson on visual communication, with a theme of ‘turning rage into action’.

Michael began the workshop with a presentation about his own career path and some of his projects, outlining the different ways in which organisations and individuals communicate. Michael discussed the language of protest, as well as the process of generating ideas and transferring core messages to final outcomes, before asking the young people to brainstorm their thoughts about what made them angry. Their topics included Brexit, climate change, gender issues and siblings, and they were encouraged to select one or more issues to take forward, using some graphic alphabets that Michael had brought with him. It was a hard-working session that resulted in experimental posters that explored the topic of how to visually communicate verbal ideas. 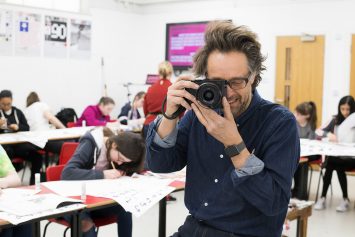 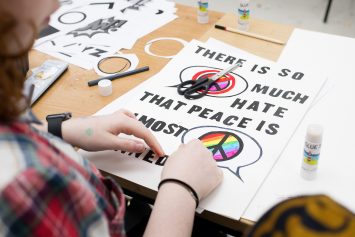 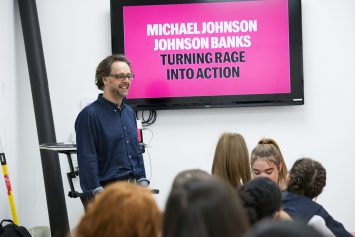 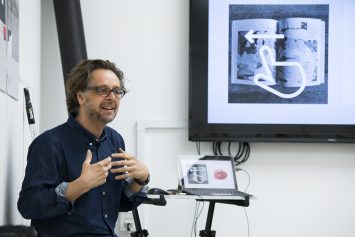 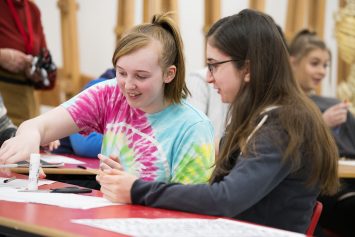 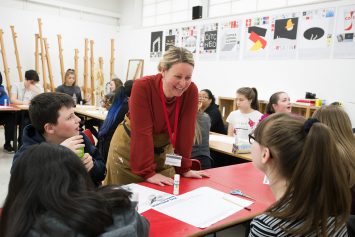 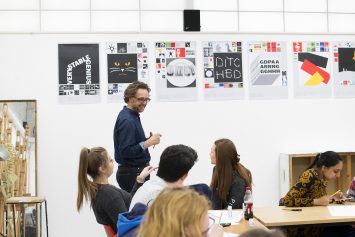 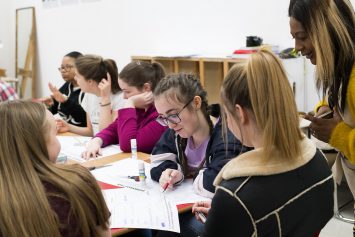