Godfrey Duncan, a.k.a TUUP (The Unprecedented Unorthodox Preacher), led a Masterclass with Writing&Talking Club members from the University of West London.

Exploring storytelling through performance, Club members experimented with ‘dilemma stories’: stories that present audience members with dilemma and debate. Split into two groups, members learnt one story told by Jordon Campbell, Club tutor, and another told by TUUP. As Club members rehearsed and retold their stories, they added their own descriptions and unique spin on the story’s framework, including gesture and performance.
Each Club member retold the story to a member of the other group, then two members, one from each group, performed their story for the rest of the Masterclass, demonstrating the art of storytelling.

After the members shared their stories and performances, Jordan and TUUP each performed an ‘age old story’ – stories passed down through generations of storytellers that have appeared in various forms across the world. 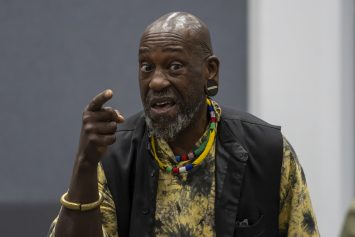 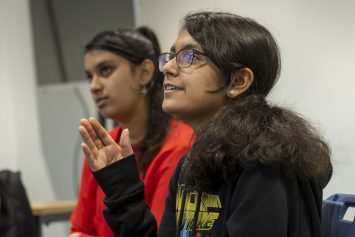 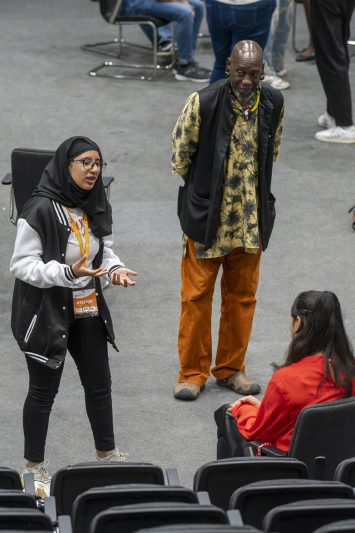 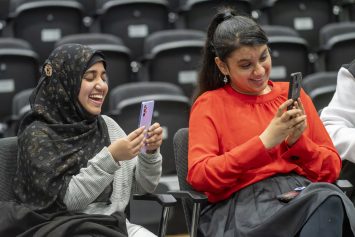 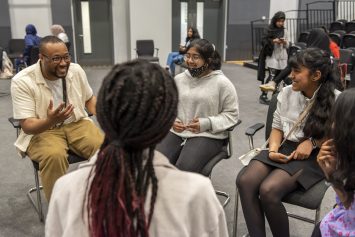 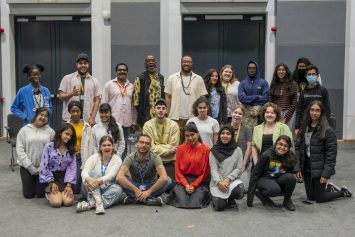