The three UAL Clubs came together for a Masterclass in children’s picture book illustration delivered by illustrator Emily Hughes, Publisher and Art Director Deirdre McDermott from Walker Picture Books and Derek Brazell from the Association of Illustrators.

Members had a talk from Deirdre about the children’s publishing industry and her role where she commented that it was at a Saturday art club in Dublin where she realised: ‘I want to draw for the rest of my life’. Emily Hughes also gave an overview of her creative process and she set the young people a task to create picture books using simple shapes made from coloured paper and black pen to create characters and layouts.

After receiving a children’s book text, in groups of ten, each student was given a spread of the picture book to create and they had to communicate with their group to ensure that the style of the combined book would be cohesive. After a break for lunch where they had a chance to look at BA Illustration students’ portfolios and listen to a talk from Derek Brazell from the Association of Illustrators about working as an illustrator in the publishing industry, they went back to the illustration studio to finish their books.

By the end of the day, the groups brought their spreads together to create a finished picture book which they presented to the rest of the members. 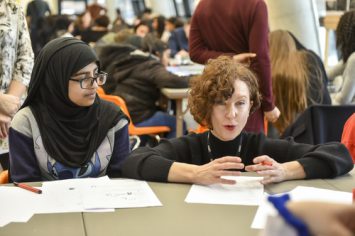 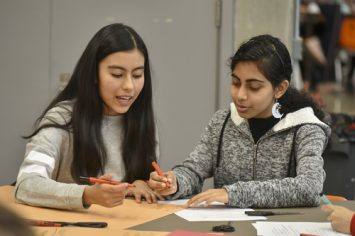 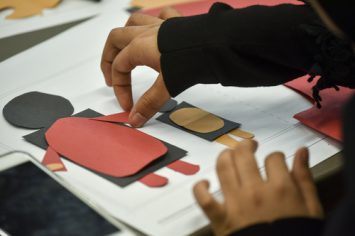 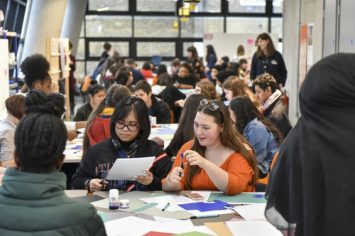 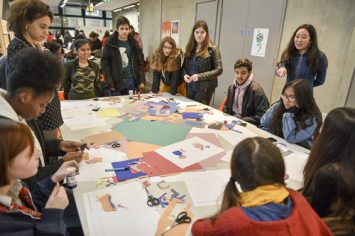 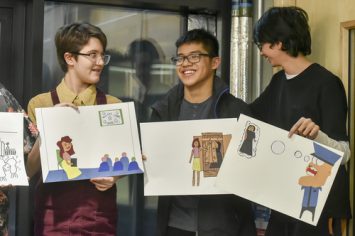