After a short introduction to her background and her work, textile designer Zeena Shah set a series of tasks for the University of the Arts Canterbury Club. Having described her process as always beginning with drawing, her first exercise was for the Club members to make a mark with a selection of tools. Then it was time to repeat this with the non- writing hand, and then with eyes closed.

Next, the members spent five minutes drawing a detail of the person opposite them using their favourite tool, followed by a full-length drawing, and then further experiments with mark making using the printing tools that Zeena had brought (including celery and parsnips).

The final project was for the group to create four life-size figures by drawing around each other, adding garment shapes and selecting prints they had made earlier in the day, to create a collage. It was an energetic, fast-moving session and everyone threw themselves into each activity, always keen to try the new techniques, and learning a great deal about how printed patterns are created and used. 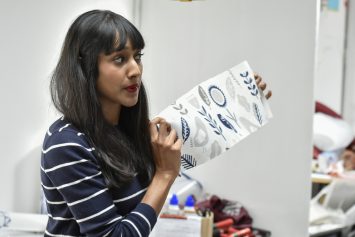 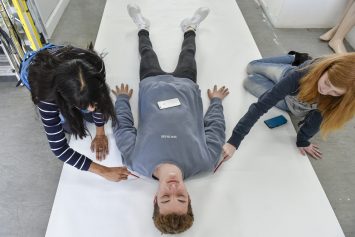 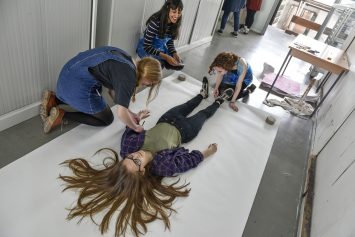 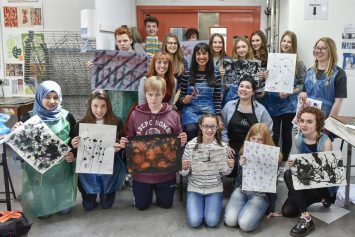 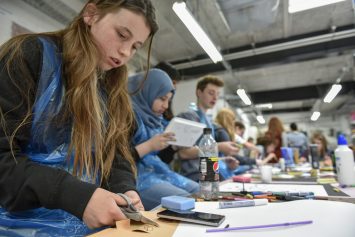 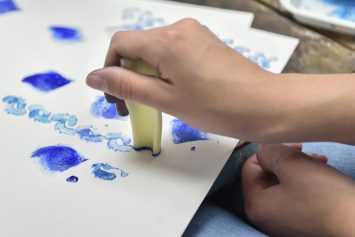 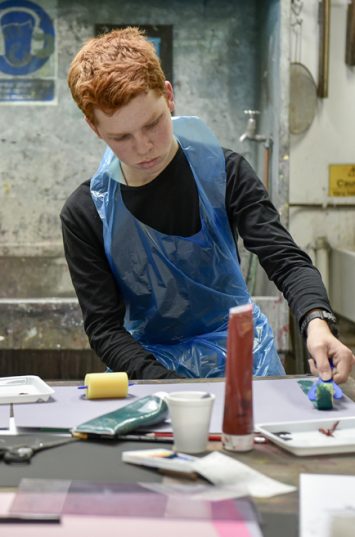 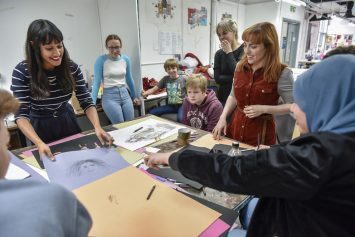 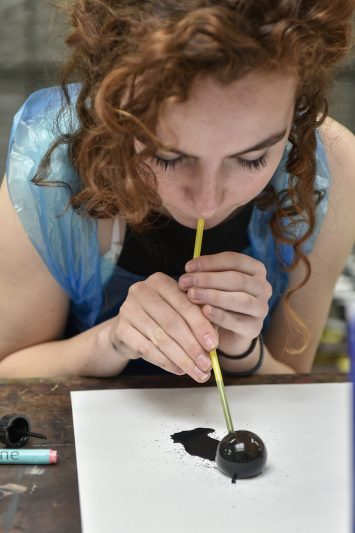