Under the social-media banner of #boxity the Club members from University of The Arts London South, North and East were asked to use 1,500 flat-packed cardboard boxes and a great deal of masking tape to create a city at 1:100 scale.

For their experiment in urban planning and architecture, they were divided into four groups and each given a neighbourhood with different “land” areas and number of boxes, leading to radically different urban densities and planning challenges. These groups were then divided further into builders, architects and planners, each needing to work together to assemble buildings, places and spaces around a “river” that had been mapped out on the floor.

Over an intense five hours, the groups created roads, bridges, squares, parks and a range of buildings, from a stadium to a 20-box high skyscraper. There were passionate negotiations as the day built from a quiet start to great excitement, and the young people fully engaged with their projects, which had become very real to them. In the process, they tested structural capacity, discovered the importance of spaces between buildings, and learned about how to frame the public realm.

It was an extraordinary group project that both tutors and architects said exceeded their expectations. Finally, Artur emphasised the importance of respecting the environment – and the Club members pulled down and flattened their city incredibly quickly, with the boxes ready to be reused by UAL students. 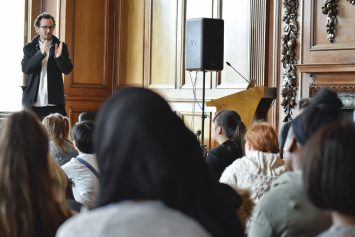 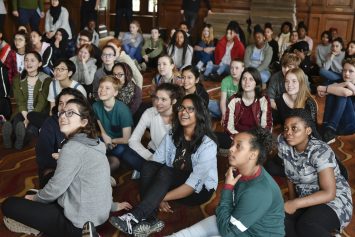 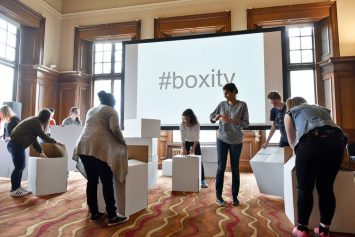 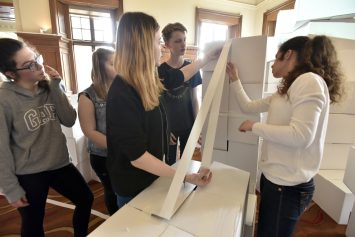 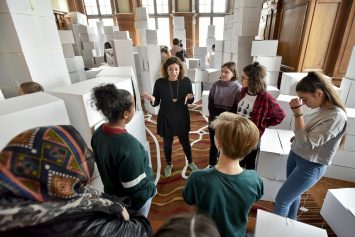 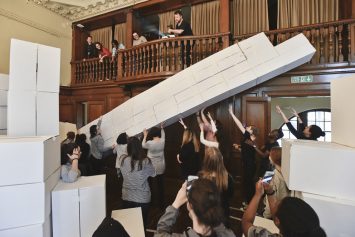 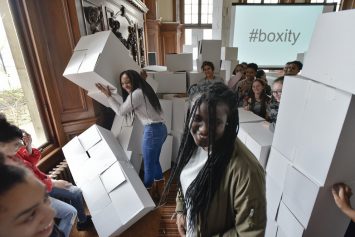 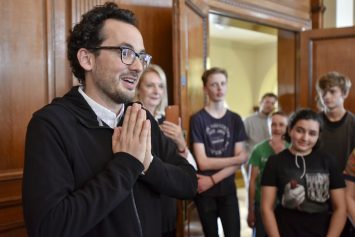 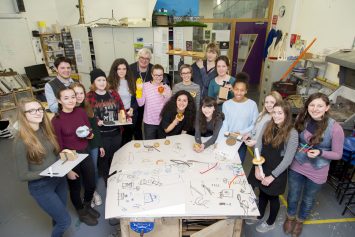