In a Masterclass with the English National Opera (ENO), Writing&Talking Club members from London Metropolitan University engaged in a puppetry workshop with actor Danny Dalton. After introductions and group cohesion warm-ups, the Club members were ready to engage in a collaborative task: to create and operate their own puppet. Danny introduced elements of bunraku puppetry to the group – namely the hierarchal nature of operating a puppet, where beginners in the field start with the feet, and more experienced puppeteers operate the head.

After creating their paper puppets, Club members learned how to control each individual element: joints, limbs and head. Danny spoke about the importance of focus, breath and weight — Club members took these factors into consideration when moving their puppets. Each of their puppets had a torso that contracted and expanded to mimic breath. After the introductory group cohesion warm-ups, Club members were also able to work as a team to realistically direct the puppet’s posture and movement. Danny reminded Club members about the importance of peripheral vision and spacial awareness, sharing anecdotes from his time on stage with the National Theatre’s War Horse and Palace Theatre’s Harry Potter and the Cursed Child.

After Danny’s puppetry workshop, Club members were invited on a tour of the London Coliseum, including front of house, the auditorium, orchestra pit and wig dressing room. Led by Chris Bland and Poppy Harrison from ENO, the Club members learnt about the building’s architect, Frank Matcham, who designed the Coliseum with audience experience in mind.

After the tour, Club members put their newly acquired puppetry skills to use by performing a short skit for each other. Throughout, Club members referred back to their knowledge of focus, breath and weight. To conclude the day, ENO invited the London Metropolitan University Writing&Talking Club members to a performance of Jake Heggie and Gene Scheer’s operatic adaptation of It’s a Wonderful Life. 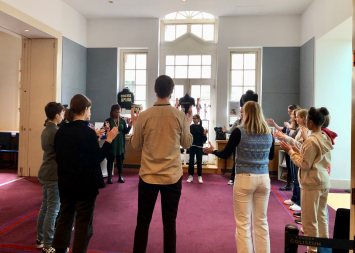 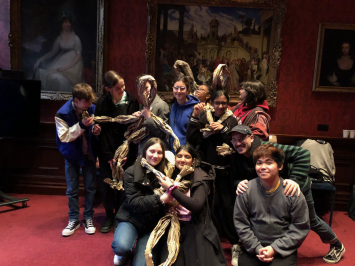 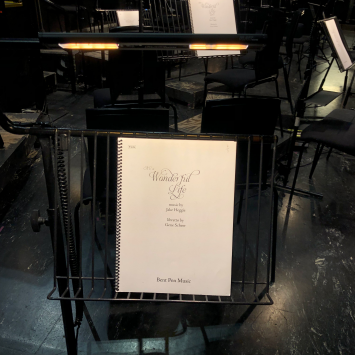 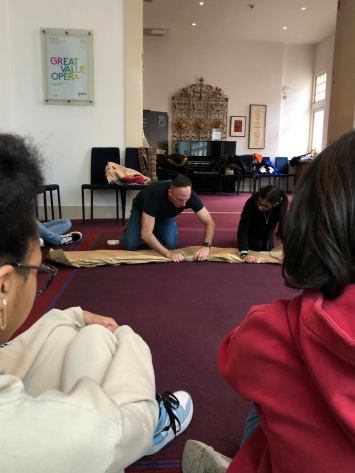 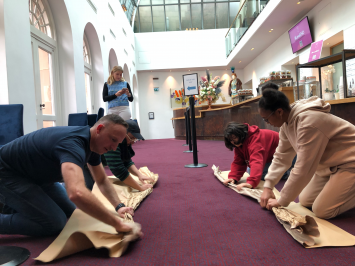 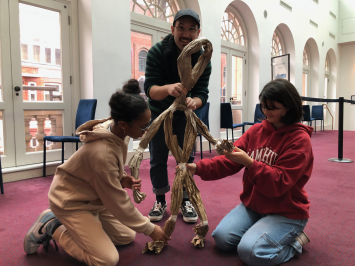 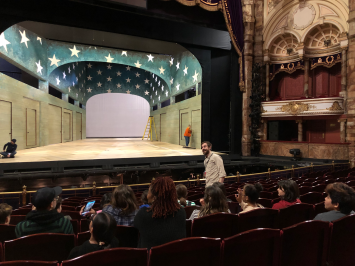 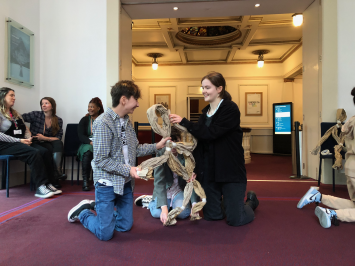 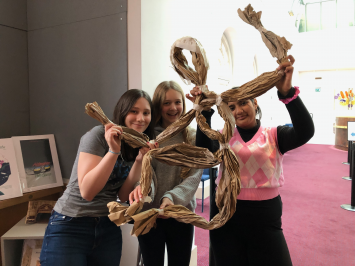 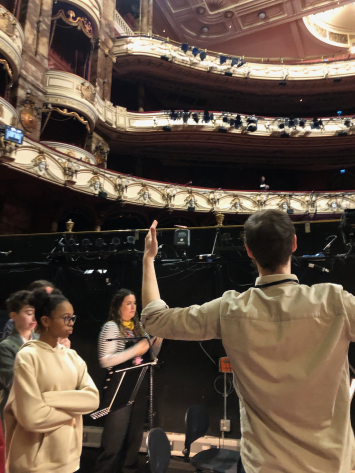 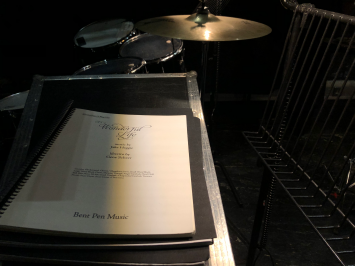 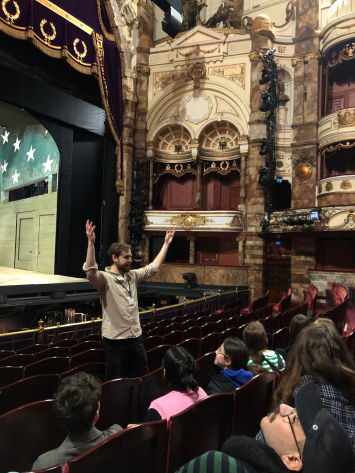 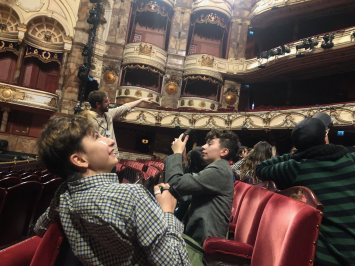 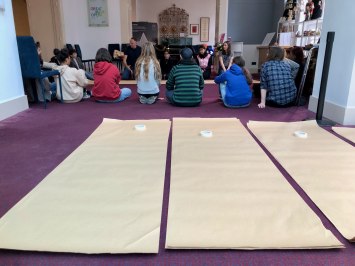 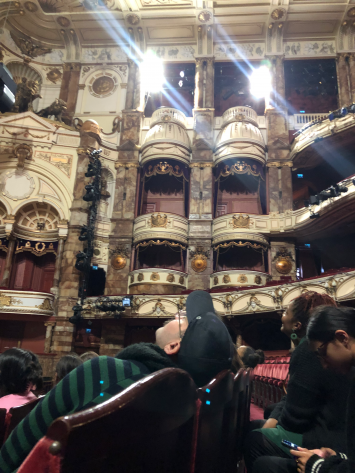 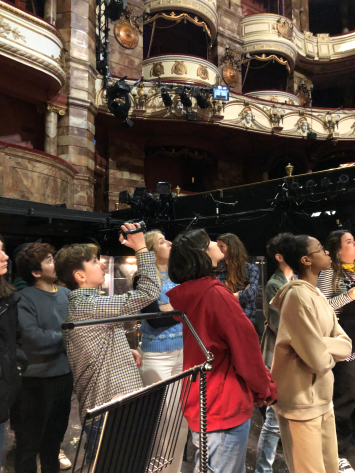 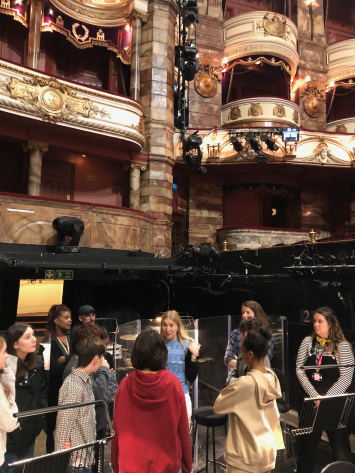 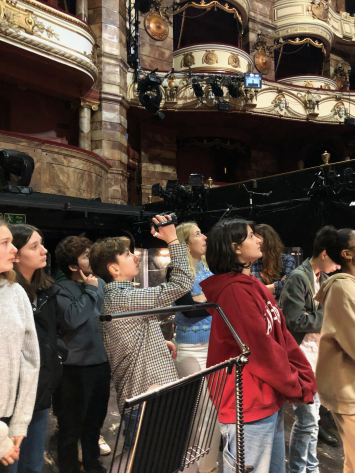 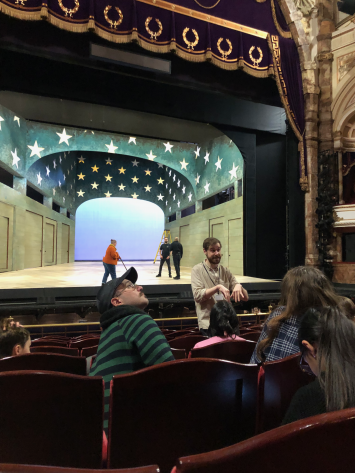 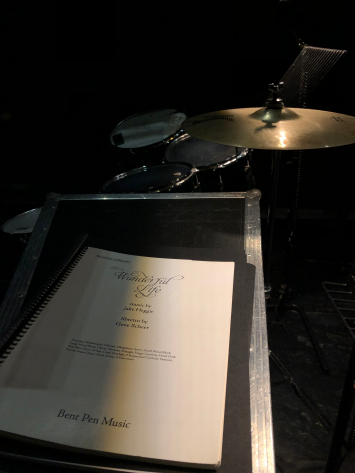