In a Masterclass with Animation Director Jim Le Fevre, Art&Design and Film&Media Clubs from Banbury and Bicester College explored the phonotrope, an animation technique coined by Jim, which uses a rotating disc and a record player.

After an introductory talk, Club members were invited to create illustrations on paper phonotrope discs, by drawing patterns on various segments of the circle. Each disc was then placed onto the turntable and spun whilst being recorded and projected onto a large screen.

With the turntable speed and the frame rate of the camera set, Club members’ illustrations were projected and brought to life. The Club members were then asked to switch their disks with other members to build on the existing artwork. This resulted in multiple different styles and creations, where Club members learnt that although a final piece may not come out as expected, it produces an interesting and unique result. 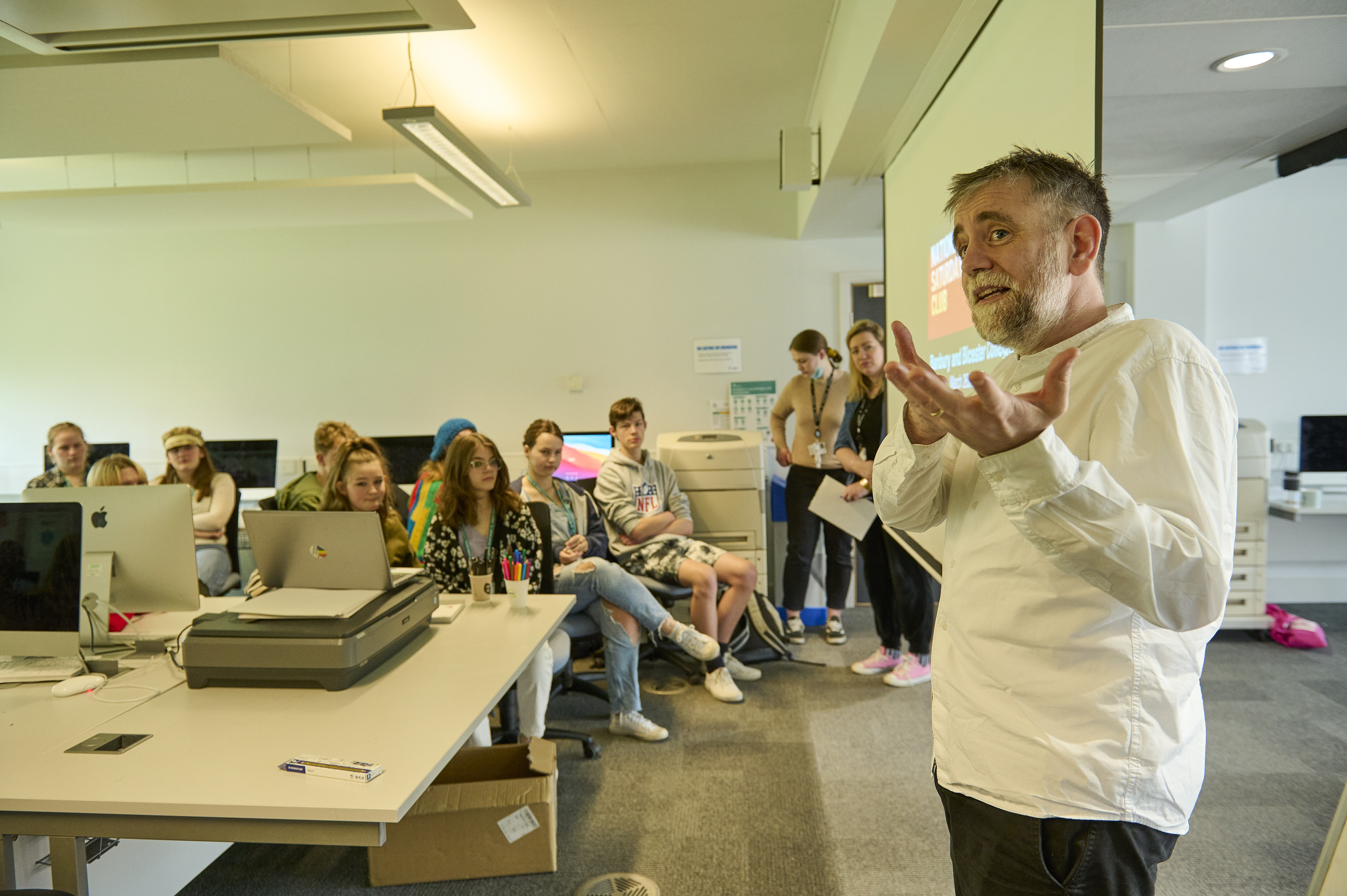 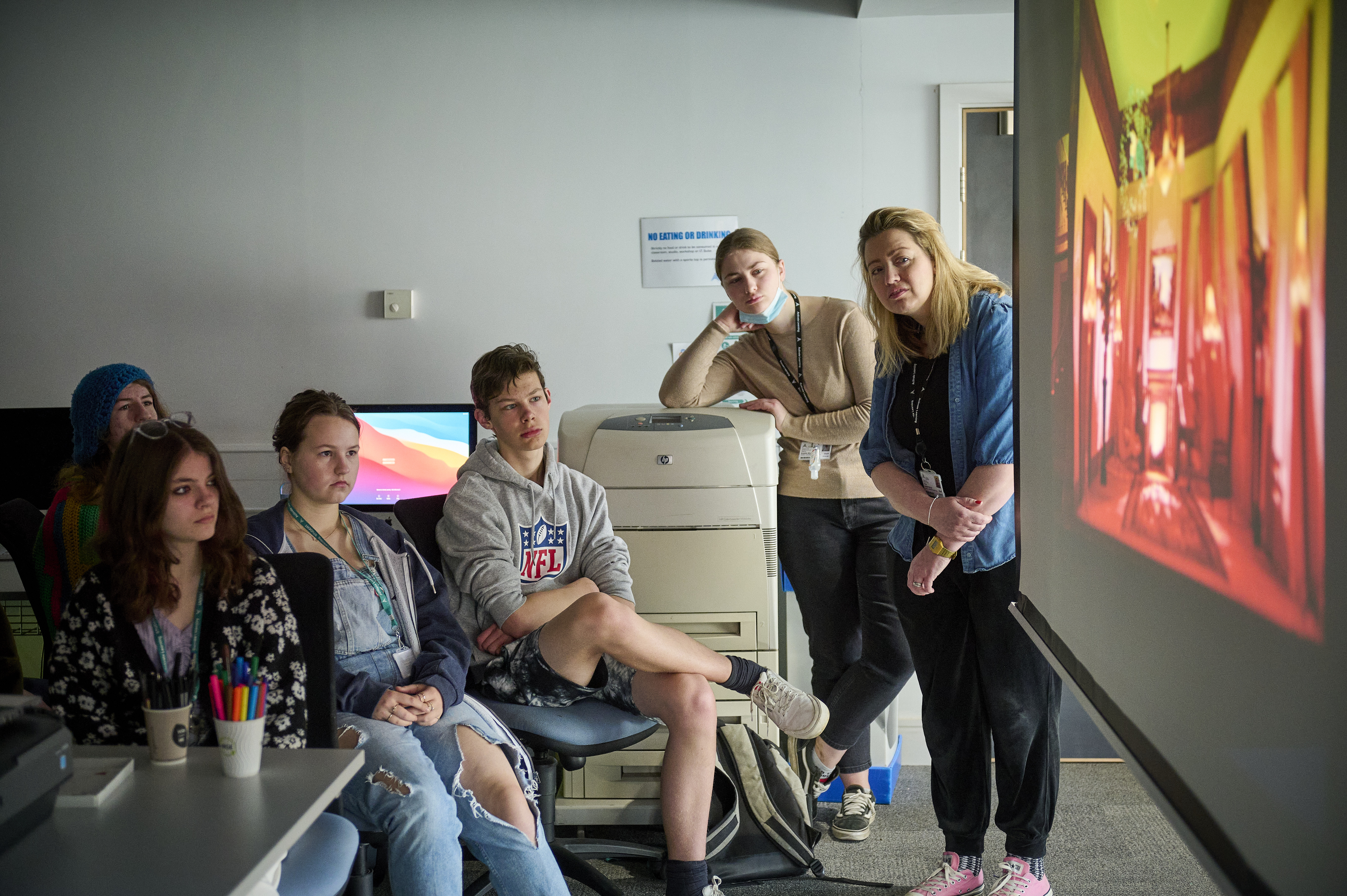 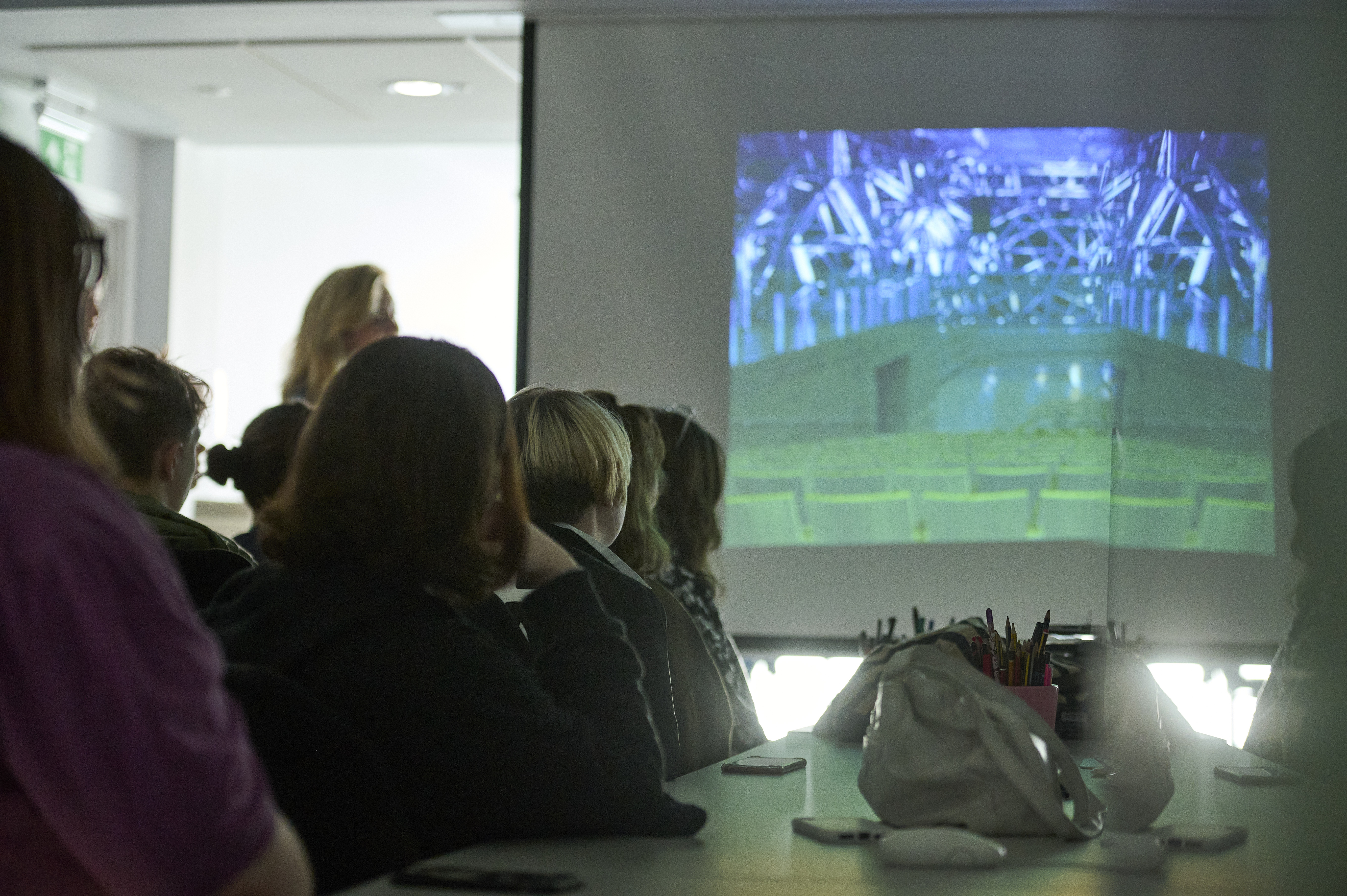 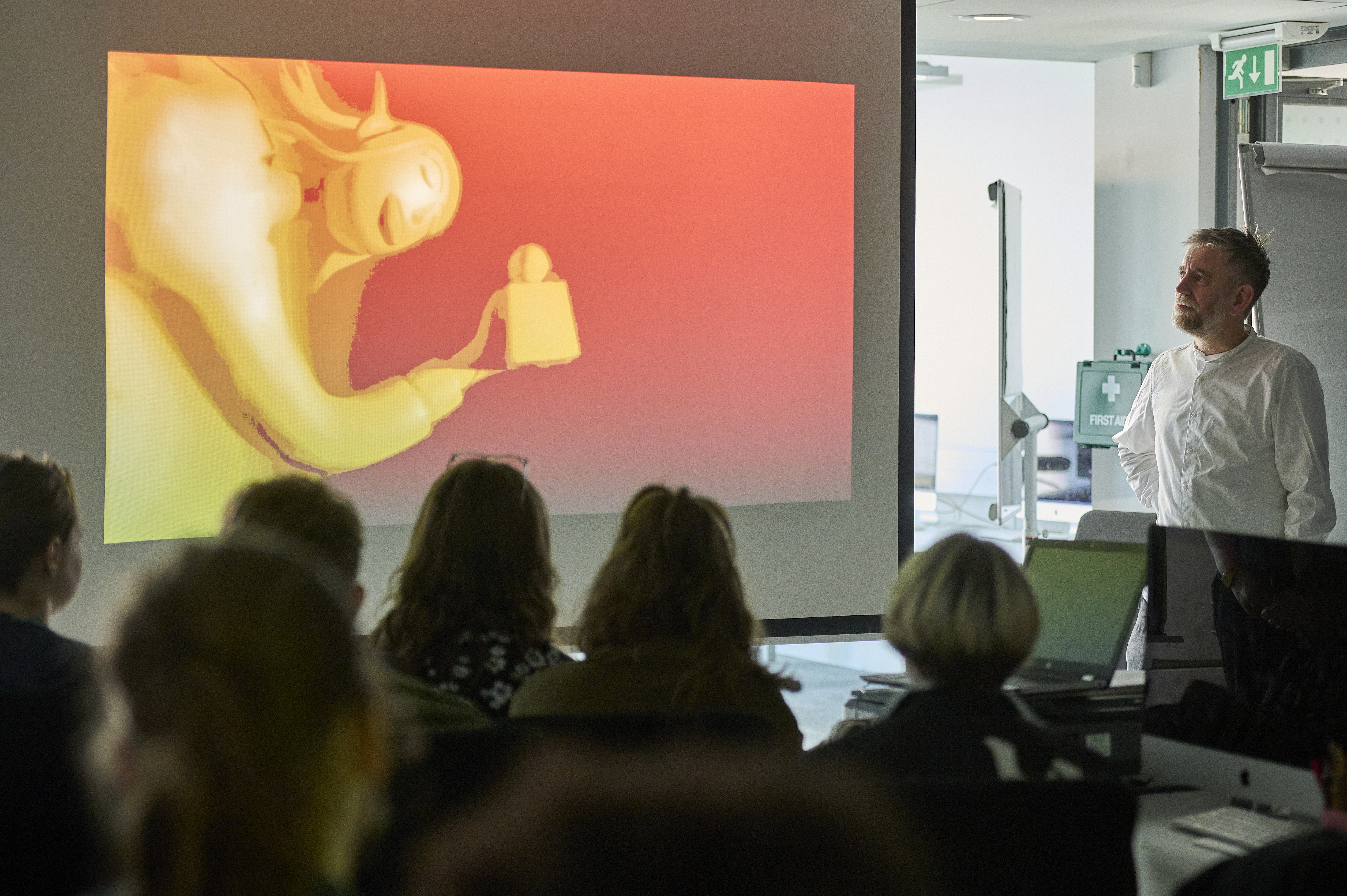 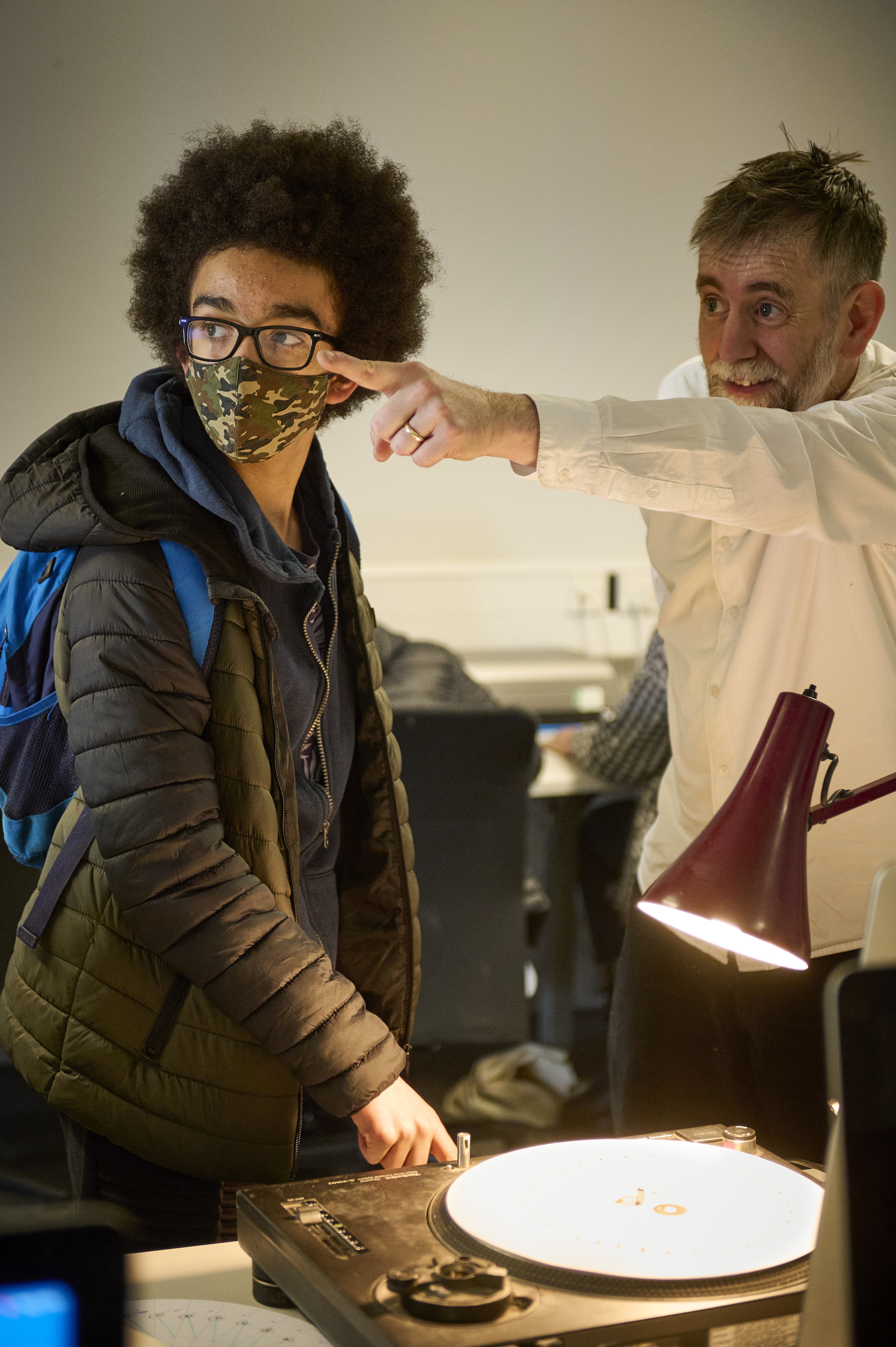 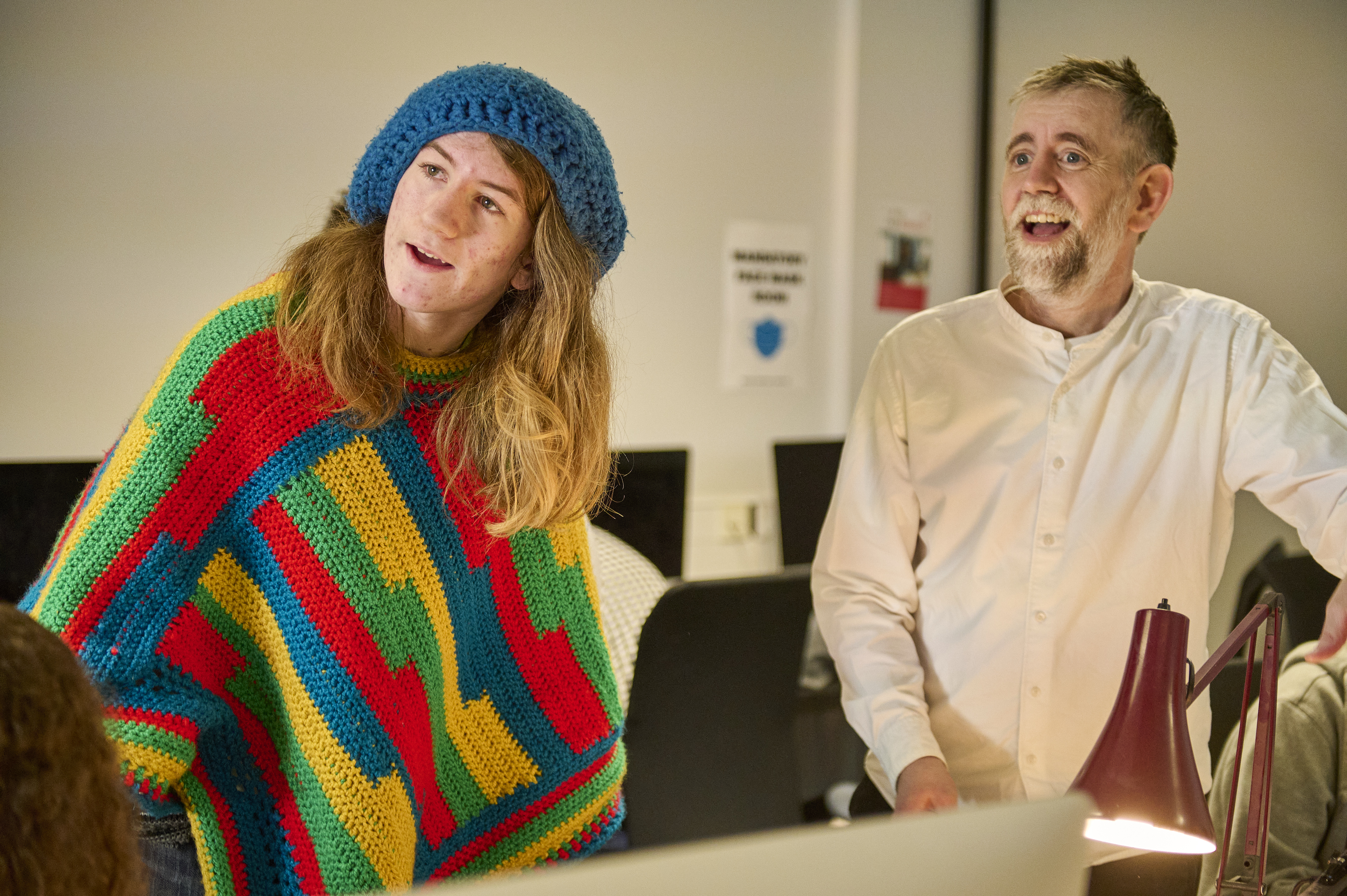 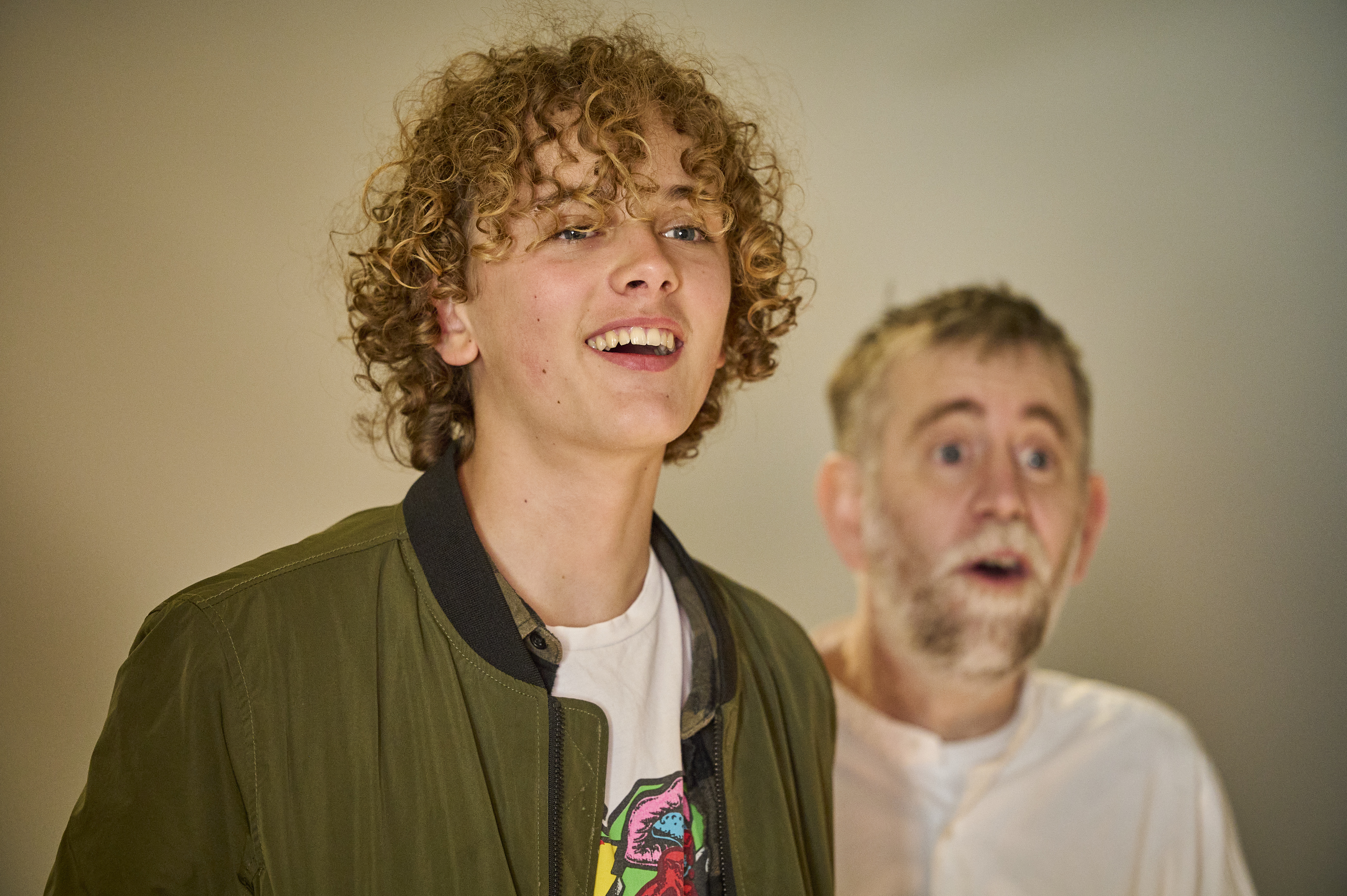 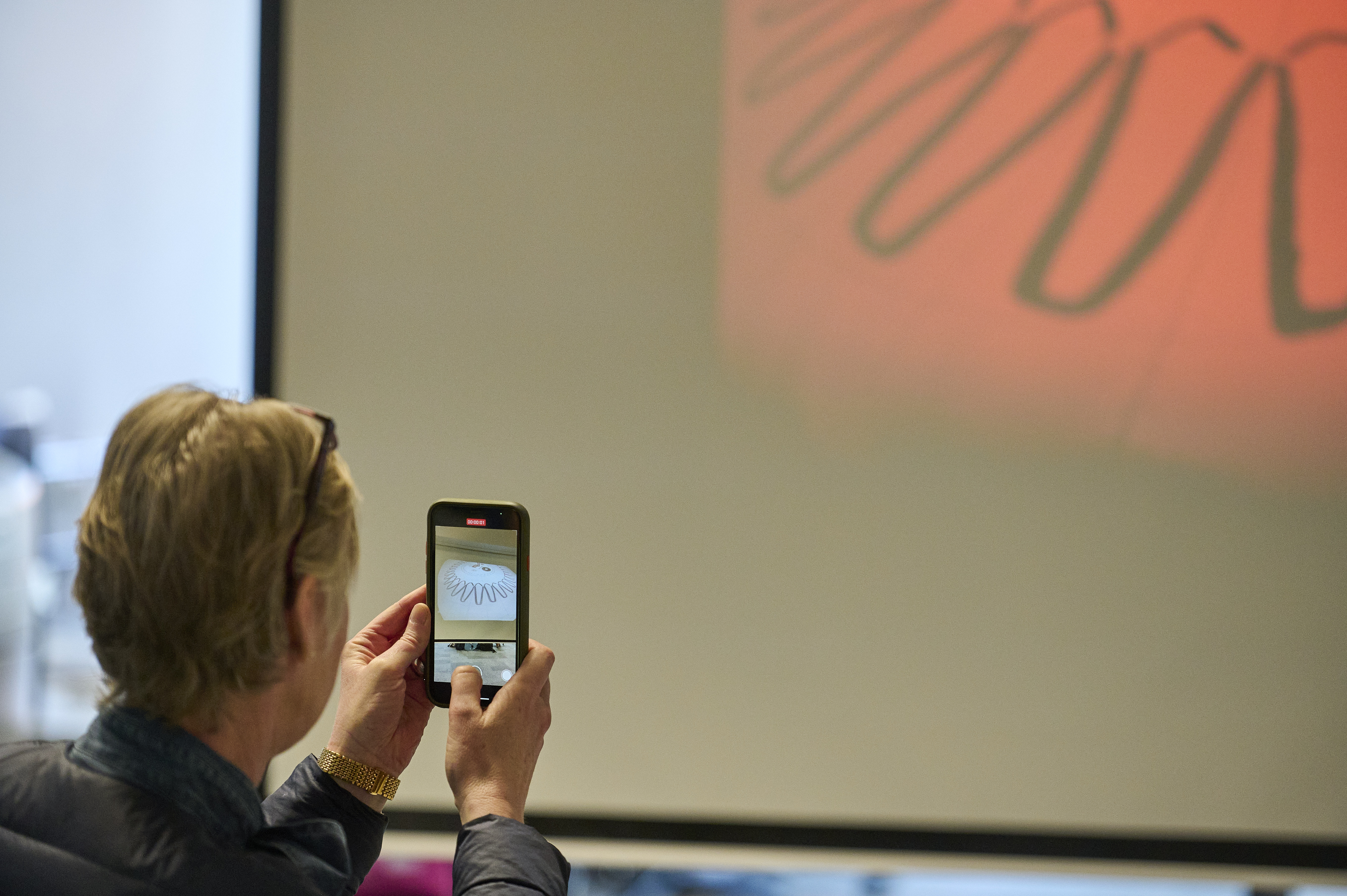 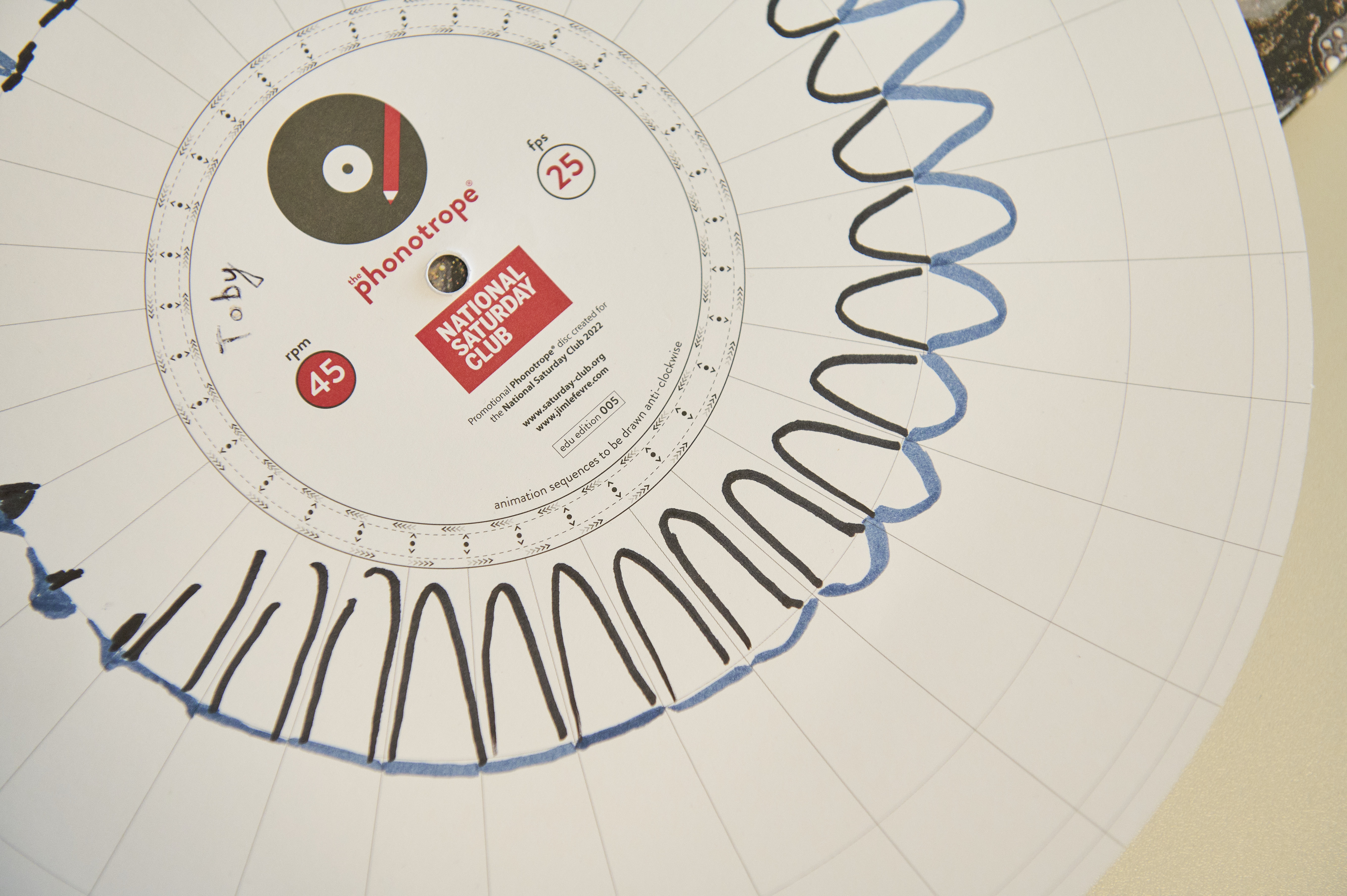 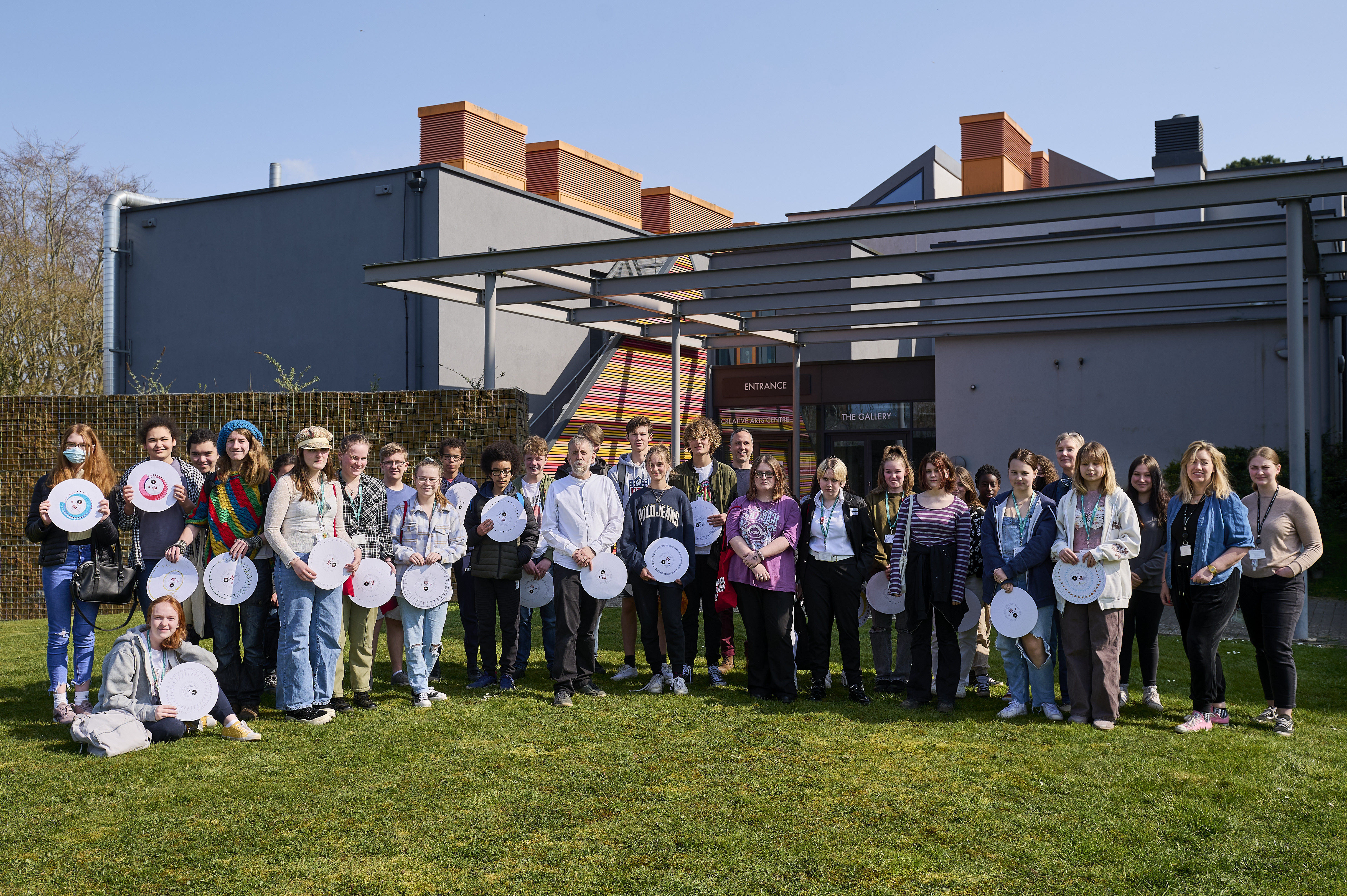 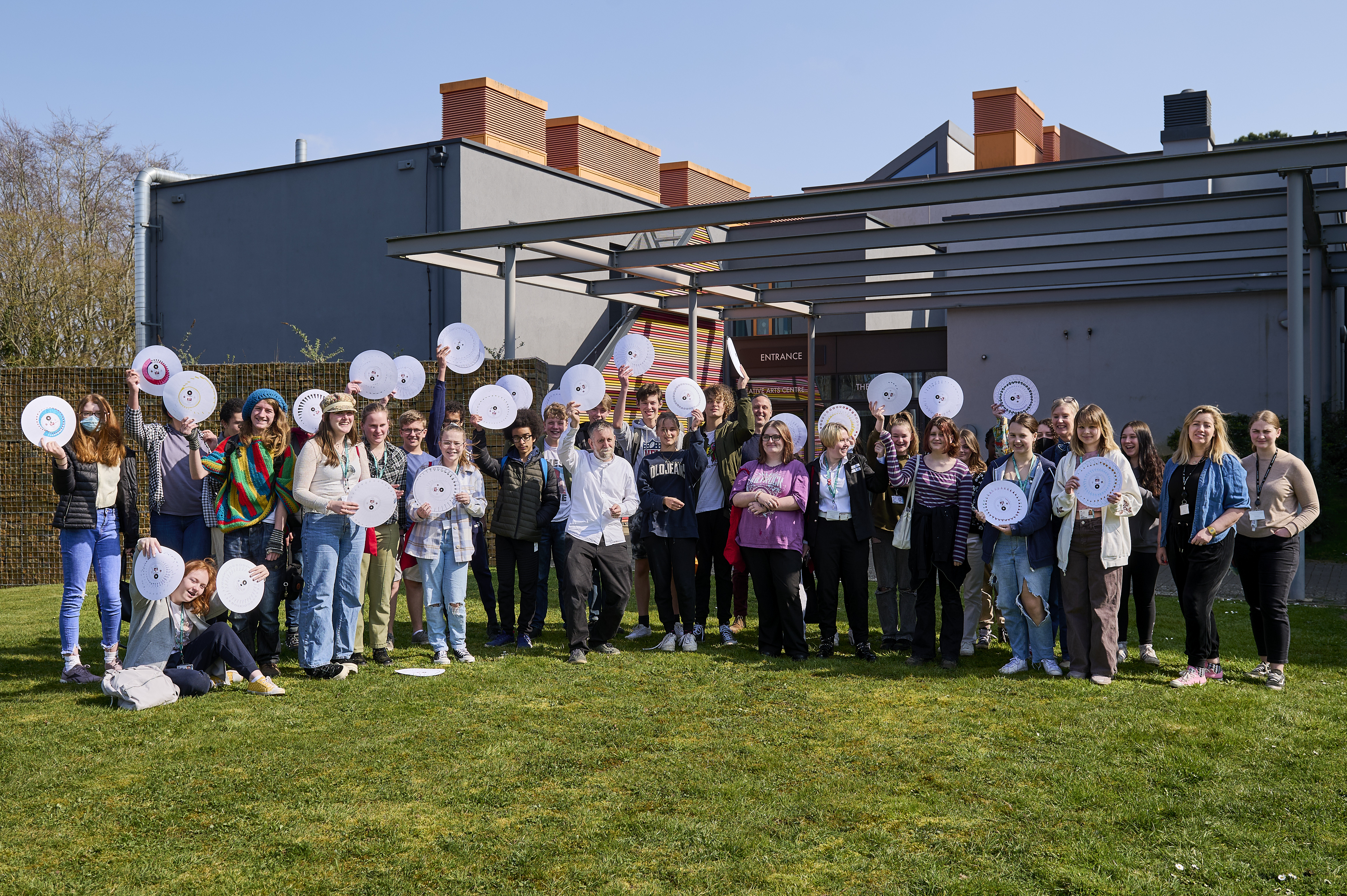