After talking about his work, Little Inventors and the making process, Gareth explained the techniques the group would be working with and set an introductory task of making an “ice-cream cone” from cardboard, practising cutting safely and securing and presenting the results.

Then, working in teams of four, the young people were asked to come up with their own inventions, which they sketched out and built from cardboard by making a big assembly line. 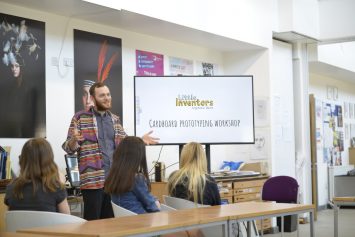 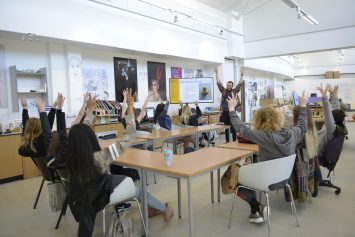 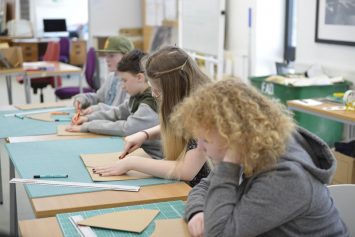 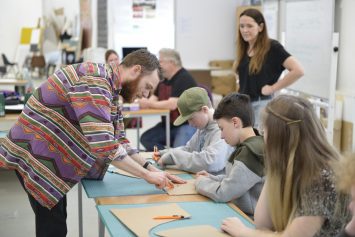 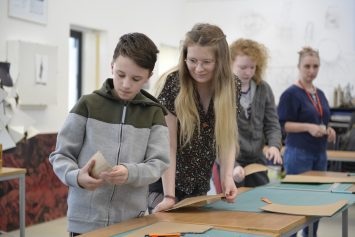 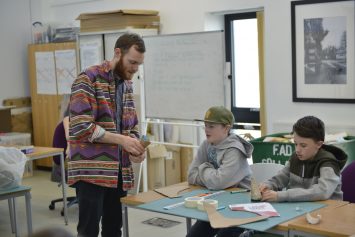 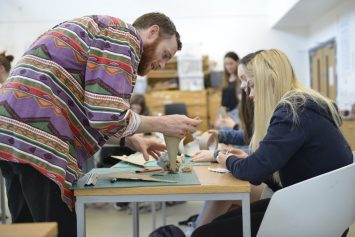 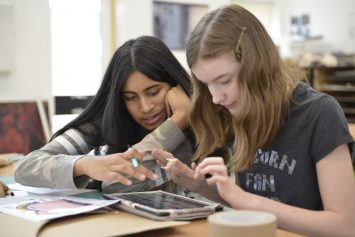 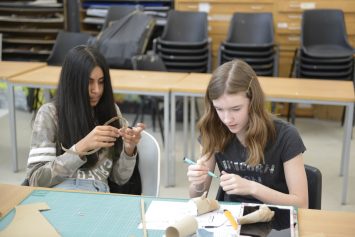 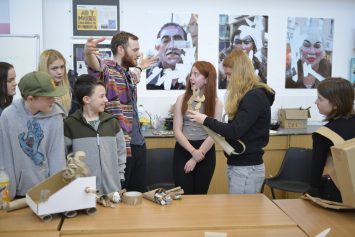 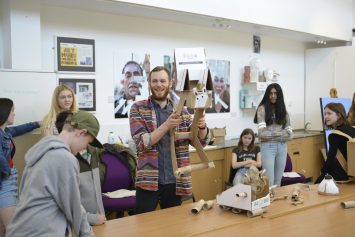 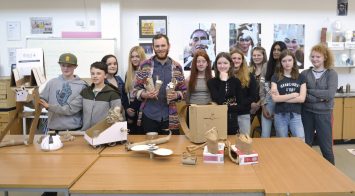