The Art&Design and Science&Engineering Clubs at Cranford joined forces for a Masterclass with Sophie Thomas and Tamara Piña of graphic design agency Thomas.Matthews on the subject of plastic waste.

After watching some informative videos, the young people were tasked with raising public awareness about the proliferation of plastics in the oceans and came up with campaign ideas that ranged from harnessing celebrity endorsements and a surprise fundraising banquet artwork with food made from sea plastics, to statues of the Little Mermaid made of plastic waste and a new type of reusable bottle.

They sketched out their ideas with pencils and paper, and some groups made found beach plastics into 3D objects. Sophie also provided plastic forks and spoons for the tutors to take away, so the Club members could continue building later on. 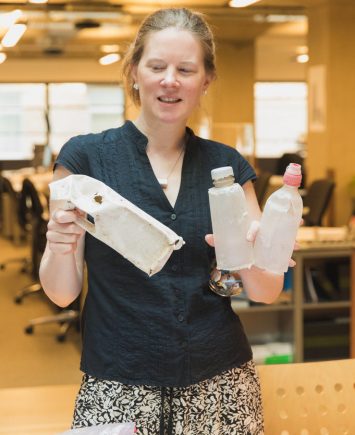 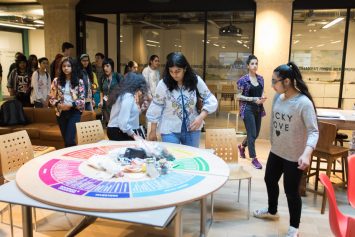 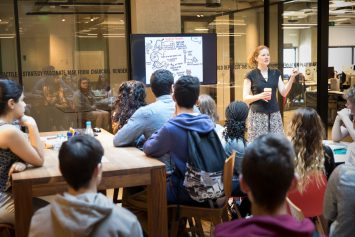 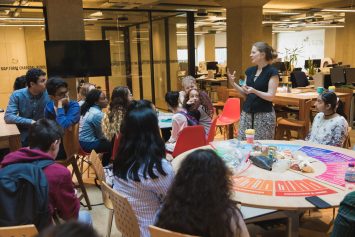 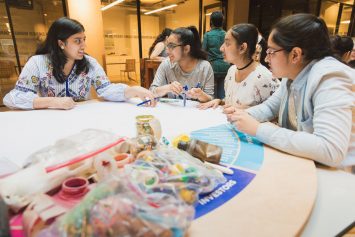 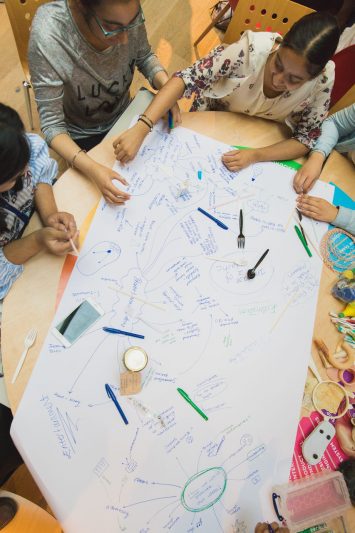 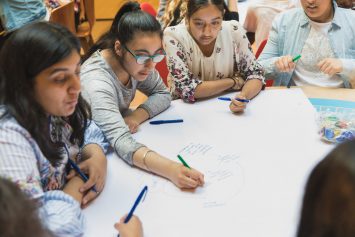 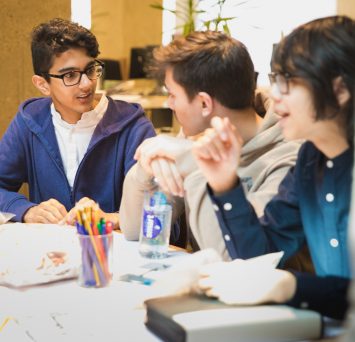 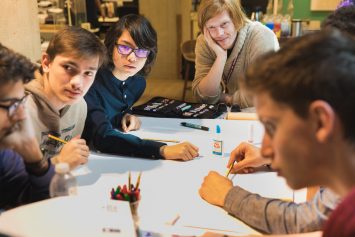 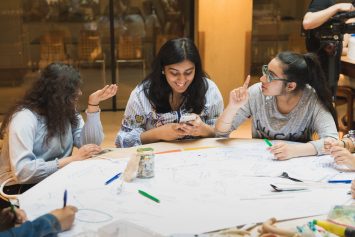 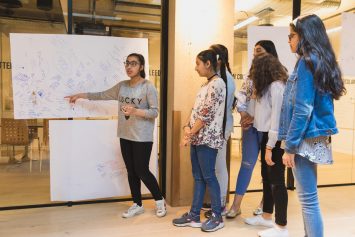 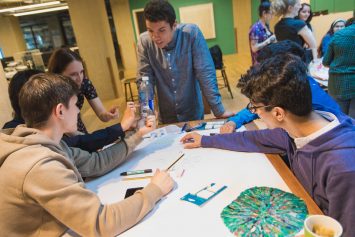 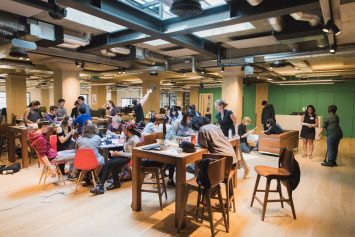 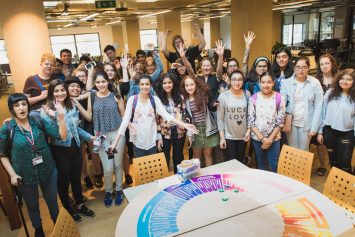