Cullinan Studio hosted a Masterclass for the Art&Design Clubs from Northbrook Metropolitan College and Cranford Community College at their converted canal-side warehouse in north London.

The session began with a talk by the team from Cullinan about buildings and architecture, the environment, town planning, and London’s bid to become the world’s first green city. They then gave the members their challenge: to create a large-scale, collaborative utopian city that incorporated nature into the built environment. The young people were split into three groups, mixed up between the two Clubs, which looked at foreground, mid-ground and the skyline, using pens, magazines, maps and other collage materials. They also had the chance to tour the office and look at the architects’ workspaces and models. In a very positive and energetic atmosphere, by the end of the day the Club members created a huge, collaged city with a river flowing through the middle and lots of animals. 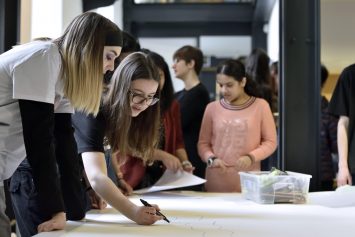 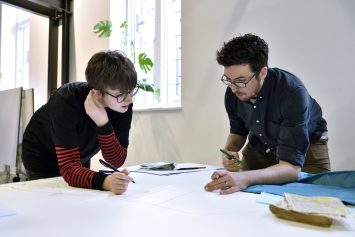 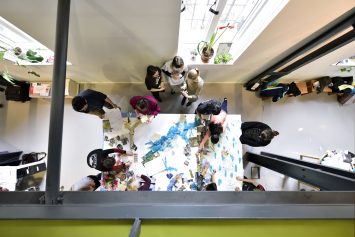 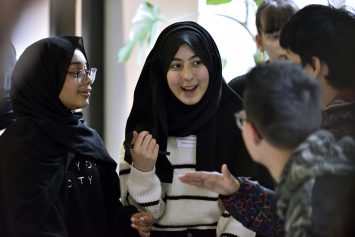 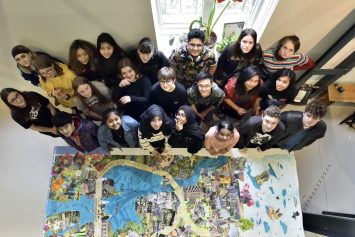