Novelists, playwrights, cartoonists, film makers and games designers have all been inspired by ancient myths. In this Masterclass John Simmons challenges you to write some new versions of ancient stories!

Listen to the voice clip above and then take part in the activities below. When you’ve completed the project, send us your stories – John would love to see what you come up with!

Humans are storytellers by nature. We have been telling stories since we first learnt to communicate, trying to understood why things were as they were. Why do humans feel emotions such as love, anger and jealousy? And what are the consequences of these emotions? We wrote stories that we now call myths: fictional narratives that usually involve supernatural persons, actions or events. Collected together they are known as mythology.

Whether the myths are from traditional Asian culture or Scandinavian, the Pacific islands or ancient Greece and Rome, we can enjoy mythology and learn from it. Here, we will look mainly at the classical myths.

Activity part one – Finding out about Mythology

With writing of any kind, it’s important to have a first stage of research so that you can take in information and understand ideas that will help your work.

Focussing on two myths in particular – the myth of Narcissus and Echo, and the myth of Oedipus – find out as much as you can, by talking to other people, reading books or searching on the internet. There are many websites that will tell you more about mythology – such as www.greekmythology.com and BBC Bitesize.

Many myths have influenced the way we think about things and describe them. From Narcissus we get the word ‘narcissist’, for example. Some people have called President Trump a narcissist – does the story help you understand why?

From Oedipus we get the phrase ‘Oedipus Complex’, a term coined by psychoanalyst Sigmund Freud over 100 years ago to explain a type of mental disturbance. Can you investigate?

In doing this research you you might find references to ancient writers such as Homer and Ovid. Although they were writing thousands of years ago, their stories are powerful, memorable and absolutely relevant today. 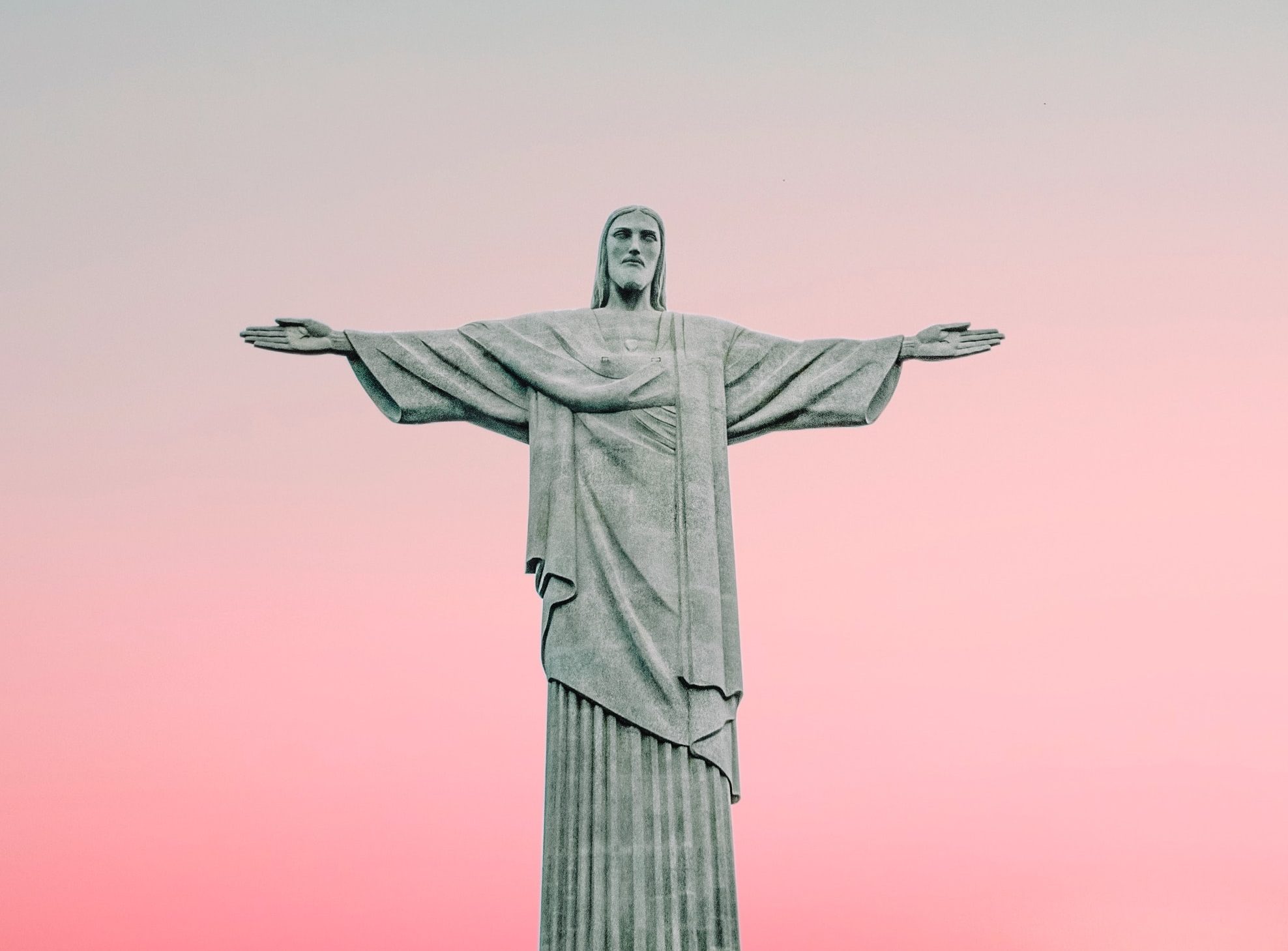 Photo by Shot by Cerqueira on Unsplash

When you’re ready, we can move to the writing stage. But remember that writing always has a number of different stages. What you write first is simply a first draft. It’s always a good idea to leave it for a while and then look at it again. Question your words. Have you written the right word there? Are they in the right order? Would this be improved by making the third sentence the first? And so on.

Your writing task is to invent an idea for a new company. The company should have a name and a myth that you write to explain its name. You might want to focus on one of the following areas:

Think about the subject you have chosen. What story can you write that will help explain, intrigue and attract people to the new business you are inventing? What is your myth saying about the unique qualities that your business will provide people?

An Italian lighting company called HWS Contracts wanted a more interesting name and ‘identity’ – a story they could tell customers to help them connect with the brand. After consulting a design firm (who employed a writer to help them) they renamed themselves Lumino (from the Latin word ‘lumen’, meaning ‘light’) and gained a lot of publicity from a press release they issued, which told their new ‘myth’:

Lumino was the name of the beautiful youth, a shepherd boy, who was loved by Selene the Goddess of the Moon in classical mythology. It was unrequited love, unfortunately, because Lumino rejected the Goddess’s advances again and again, while he tended his sheep at night on the lower slopes of Mount Olympus. At last Selene could take no more rebuffs – in a fit of anger she struck Lumino dead with a shaft of divine light. No sooner was the deed done than remorse overcame the Goddess. She pleaded with Zeus, the king of the gods, who was touched by her story; Zeus could not bring Lumino back to life but he made him immortal by turning him into a star, one of the brightest in the night sky.

This was the logo created for Lumino:

If you enjoy drawing, you could have a go at sketching a logo for your new business, too!

Viktor Frankl was a survivor of concentration camps during the Holocaust. Remembering his awful time in the camps, he thought of those who had provided comfort to others. They made a choice to be kind. He wrote that you can take away everything, except ‘the last of human freedoms – to choose our attitudes’.

The next brief, still using ideas from mythology, is to explore ‘attitudes’. We might describe these as values. Values guide the way we behave.

Think of the values used by your school – or by another school you know – to encourage you to behave well. This might come in the form of a motto, like ‘Caring for each other’ or a group of words like ‘Respect. Community. Ambition.’

Choose one of those words. What does this word – eg ‘Community’ – actually mean? And what does it mean to you? If there was a ‘god of Community’, what would that god do in the form of a myth?

So, first choose your word. Then think about the god who represents this word. Now write a story  that addresses three aspects of this god or goddess:

This need not be a long story. Just enough to explain your ideas, and to do so in a way that will both hold a reader’s attention and create an insight into the ideas behind the word you have chosen.

That is the real joy of writing. It carries us away through our imagination just through words. And we all have words. Enjoy them.

When you’ve completed the project, send us your stories!

If you really get interested in classical mythology and want to find out more, the originals that provide us with most of our knowledge of mythology from ancient times are Homer’s The Iliad and The Odyssey, and Ovid’s Metamorphoses. They were written thousands of years ago in languages that are no longer spoken, but the stories are available in good modern translations.

More reading (and watching, and playing!)

Mythologies still inspire us today, because they express all the different kinds of stories that humans want to tell. What other popular books, films, games and so on are based on mythology? You will make your own discoveries, but here are some thoughts:

The Percy Jackson series, by Rick Riordan. Percy is a normal school kid… until he finds out he’s the son of a Greek god. This number one-bestselling author has also written The Kane Chronicles, about the gods of Ancient Egypt, and Magnus Chase, based on Norse Mythology. There are two films based on the Percy Jackson books, too.

The Hunger Games trilogy, by Suzanne Collins. These incredibly successful Young Adult books and films are set in a dystopian universe that takes inspiration from the Greek myth of Theseus and the Minotaur.

Thor – the Marvel superhero film. Ok, it’s only loosely based on Norse mythology – via the 1960s comic-book hero – but this film is huge fun and introduces us to Thor, the god of thunder, his trickster brother Loki and their father Odin.

Assassin’s Creed Odyssey. In this video game, telling the mythological history of the Peloponnesian War between Athens and Sparta, you can live the epic odyssey of a legendary Greek hero.

The following are adult works, but if you’ve enjoyed the writing challenge, you might want to try them.

Troilus and Cressida, by William Shakespeare (free downloads are available online). This play is set during the Trojan War – not one of his best-known plays but, some say, one of his best.

Circe, by Madeline Miller. A story of magic and weirdness, this novel imagines one part of Homer’s Odyssey from a different perspective, that of Circe, one of the Goddesses who encountered Odysseus during his attempt to return home.

The Silence of the Girls, by Pat Barker. Telling the Trojan War story of the Greek hero Achilles entirely from the perspective of the women who knew him, often as his slaves.

Contributed by John Simmons, novelist, copywriter and founder-partner of www.darkangelswriters.com

John Simmons is a writer and consultant with a background in the world of identity and branding, since working at Newell and Sorrell in the 1980s/90s. He was a director of Interbrand until 2003 when he co-founded 26, the writers’ group, and Dark Angels, that runs residential writing courses in remote retreats. These came out of a number of books on the relationship between language and identity, including “The Dark Angels Trilogy” – We, Me, Them & It, The Invisible Grail and Dark Angels.

In recent years he has also written fiction, first Leaves published in 2015, Spanish Crossings in 2017, and The Good Messenger in autumn 2018.