Design a Japanese tag inspired by a theme of your choice!

Well, it is small print with a design and person’s name on that they would stick on a temple or shrine, wall, or gatepost etc as a votive offering (a bit like a business or visiting card) to ask for a prayer or to say they were there. 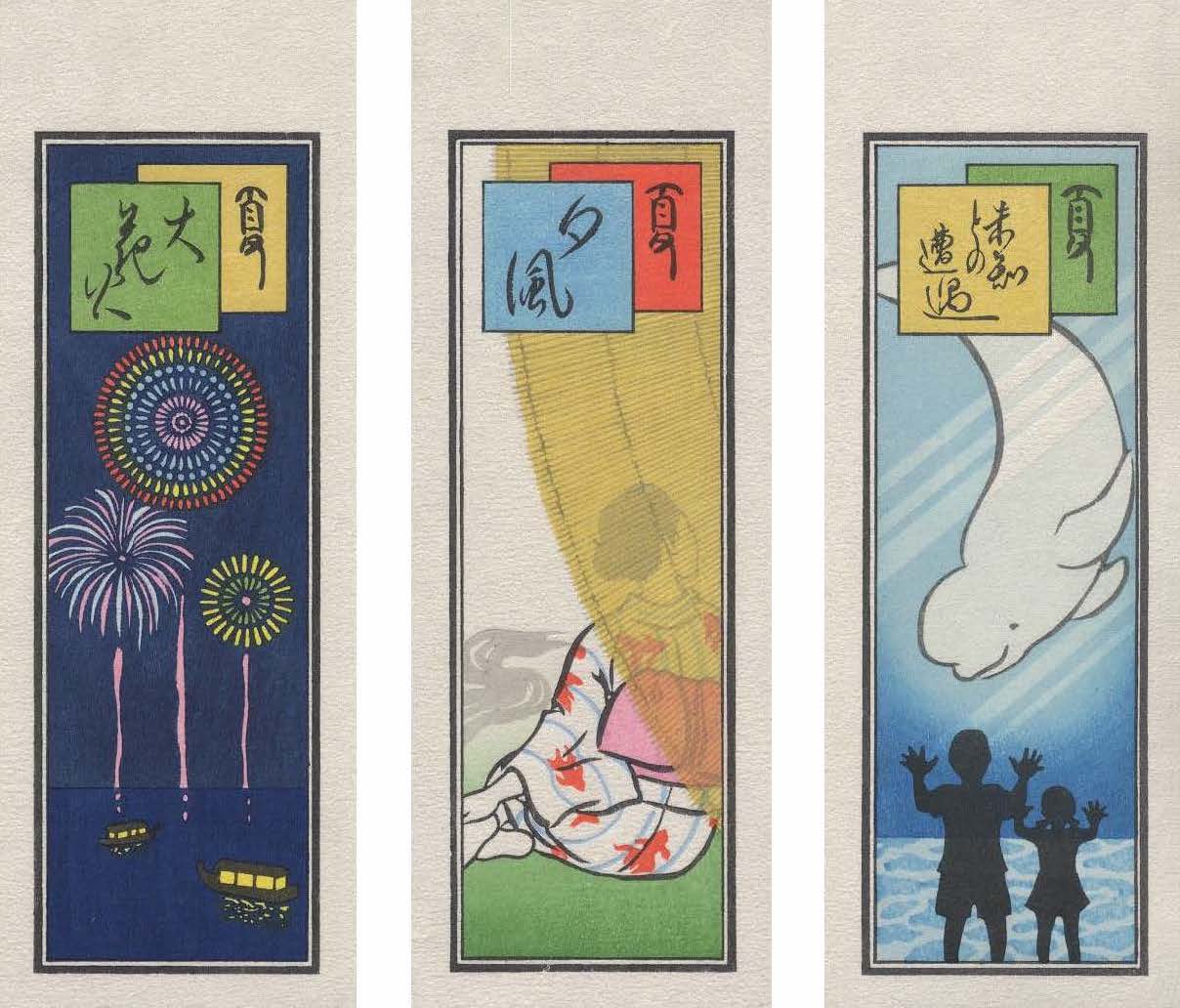 Here are some examples of Senjafudas. Some are more modern, while others are more traditional:

Dave Bull is a Japanese woodblock craftsman who works in Toyko. 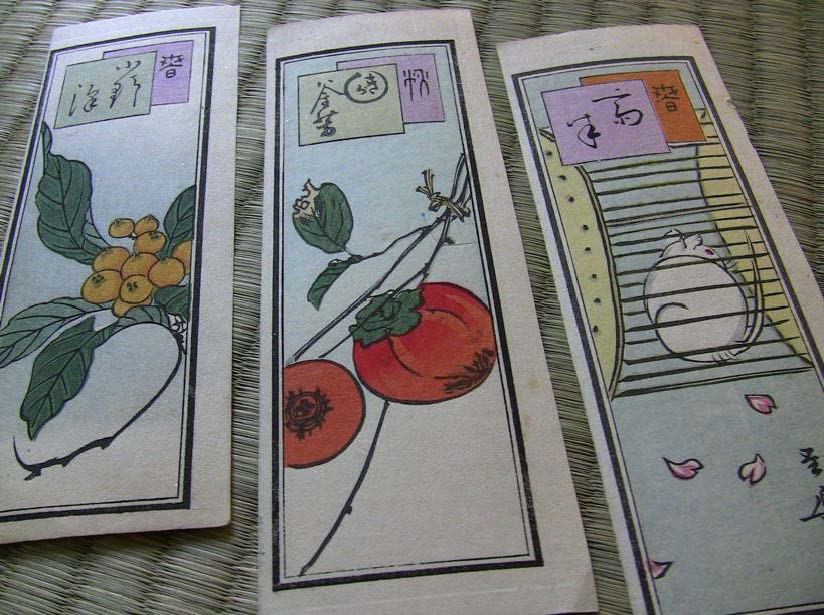 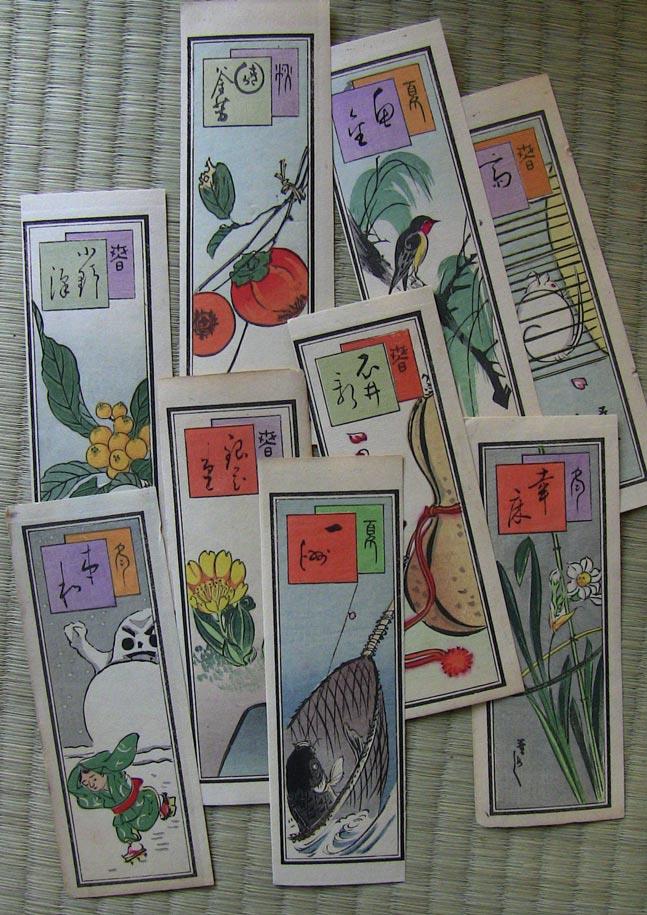 These are some examples of his ‘Chibi’ heroes. ‘Chibi’ describes something that is cute in Japan. 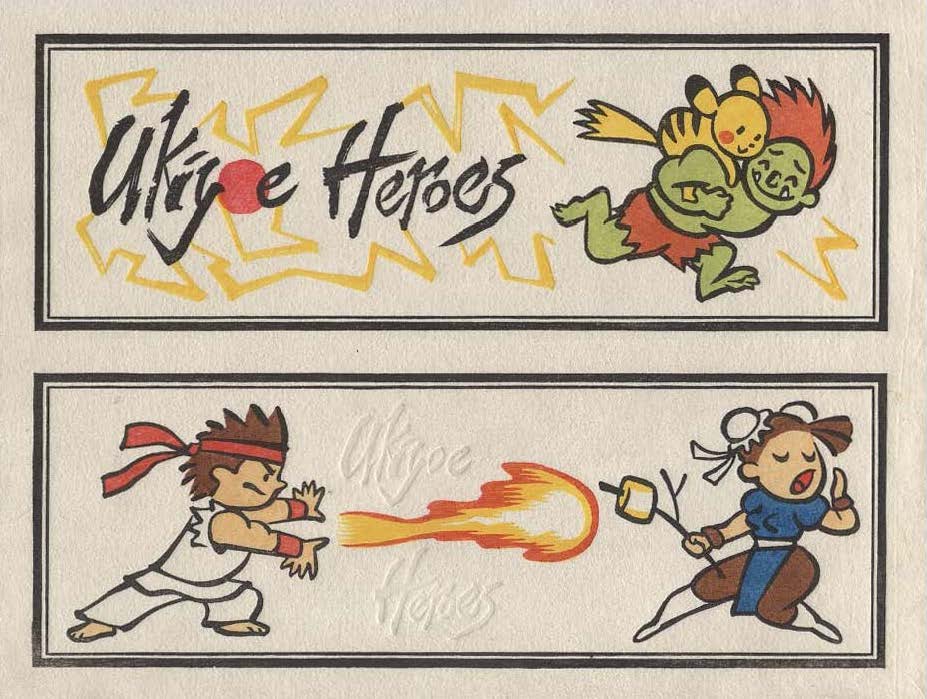 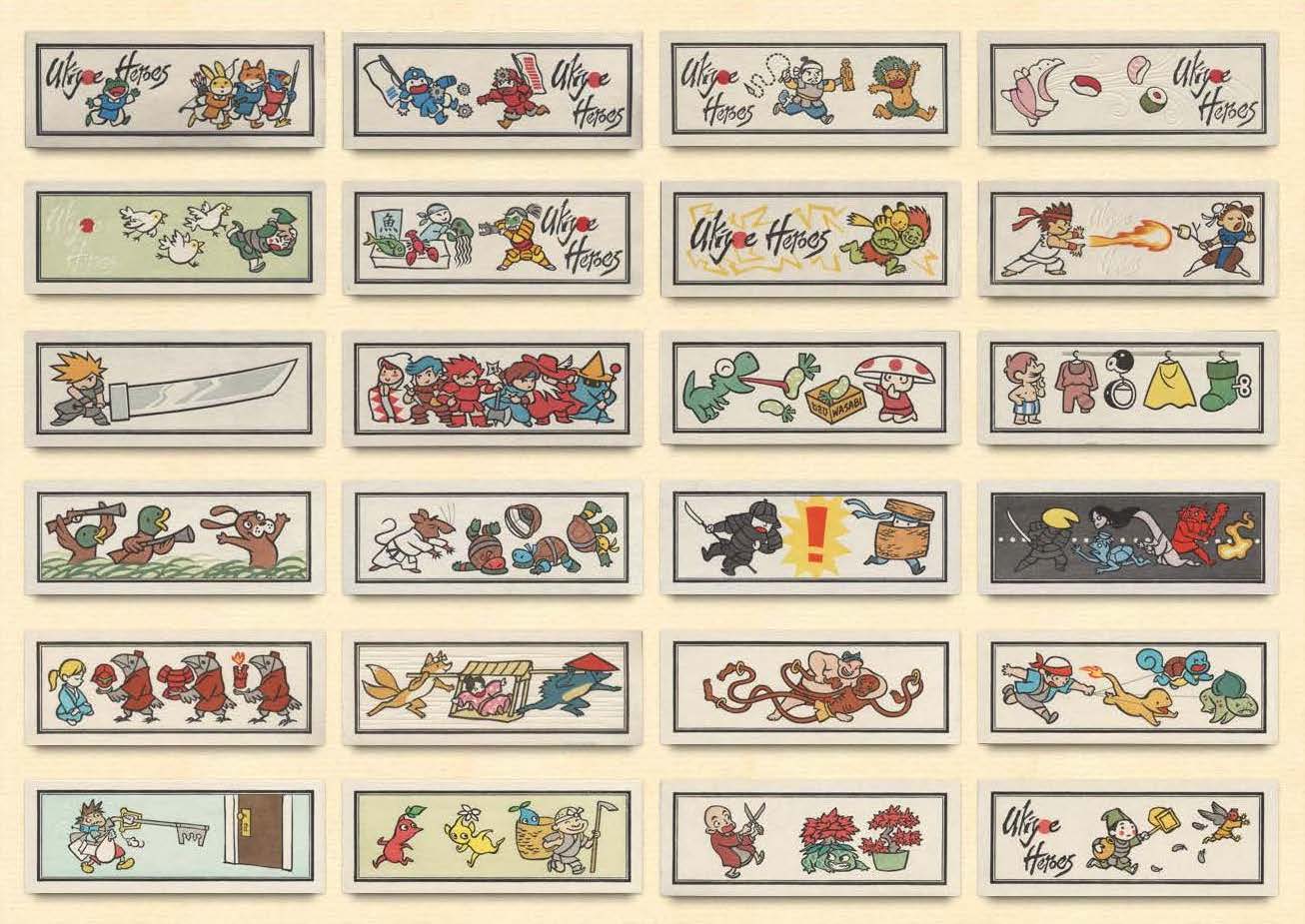 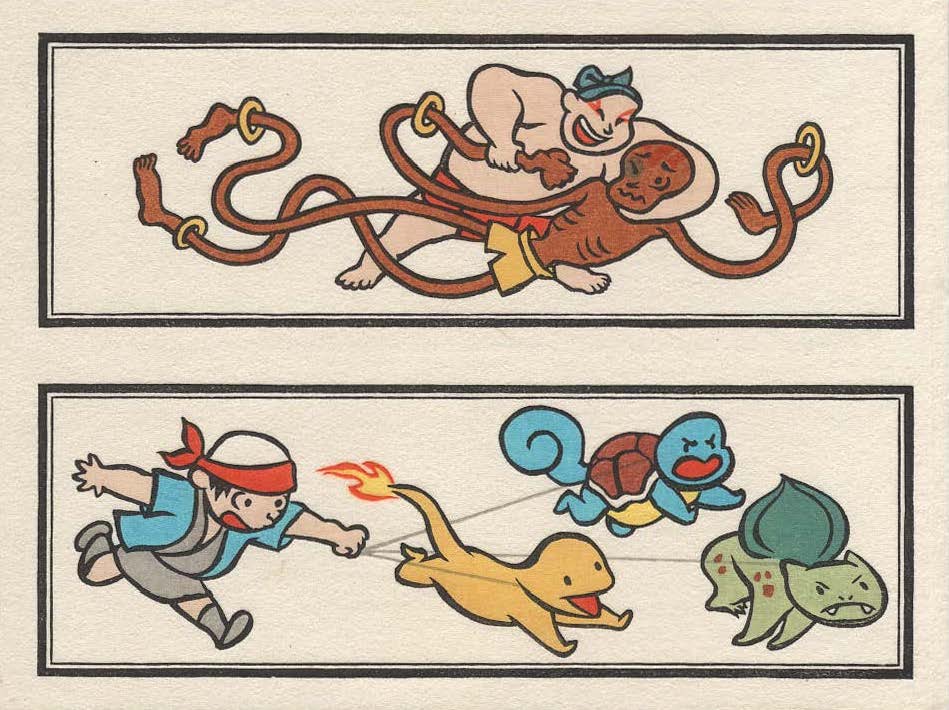 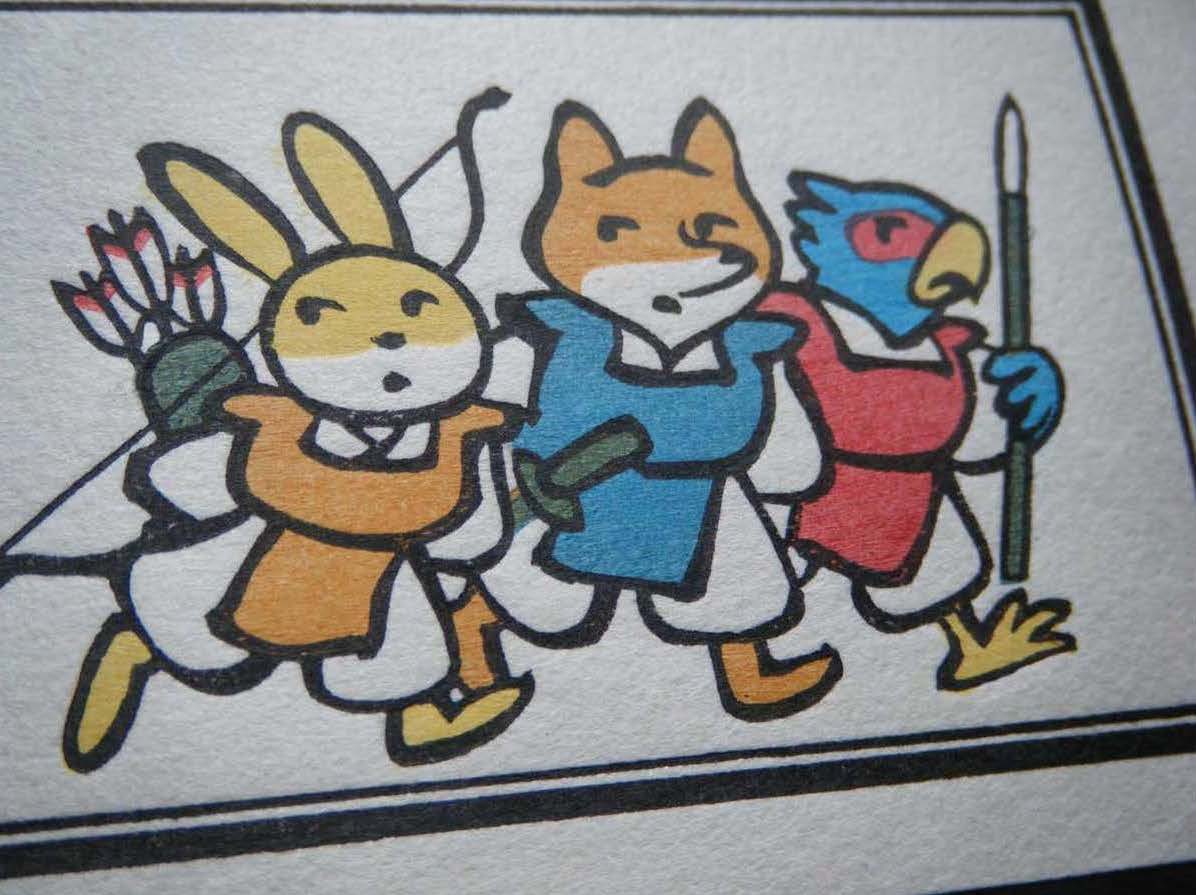 You can see more of them HERE 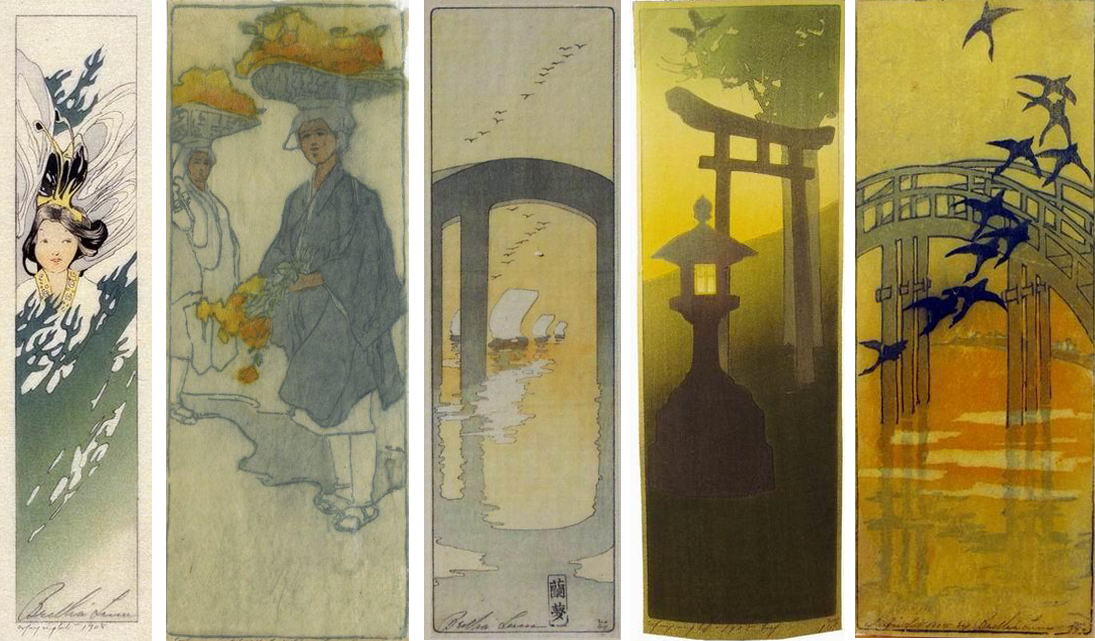 As you can see from the traditional prints below, there is a balance between the image and the text. 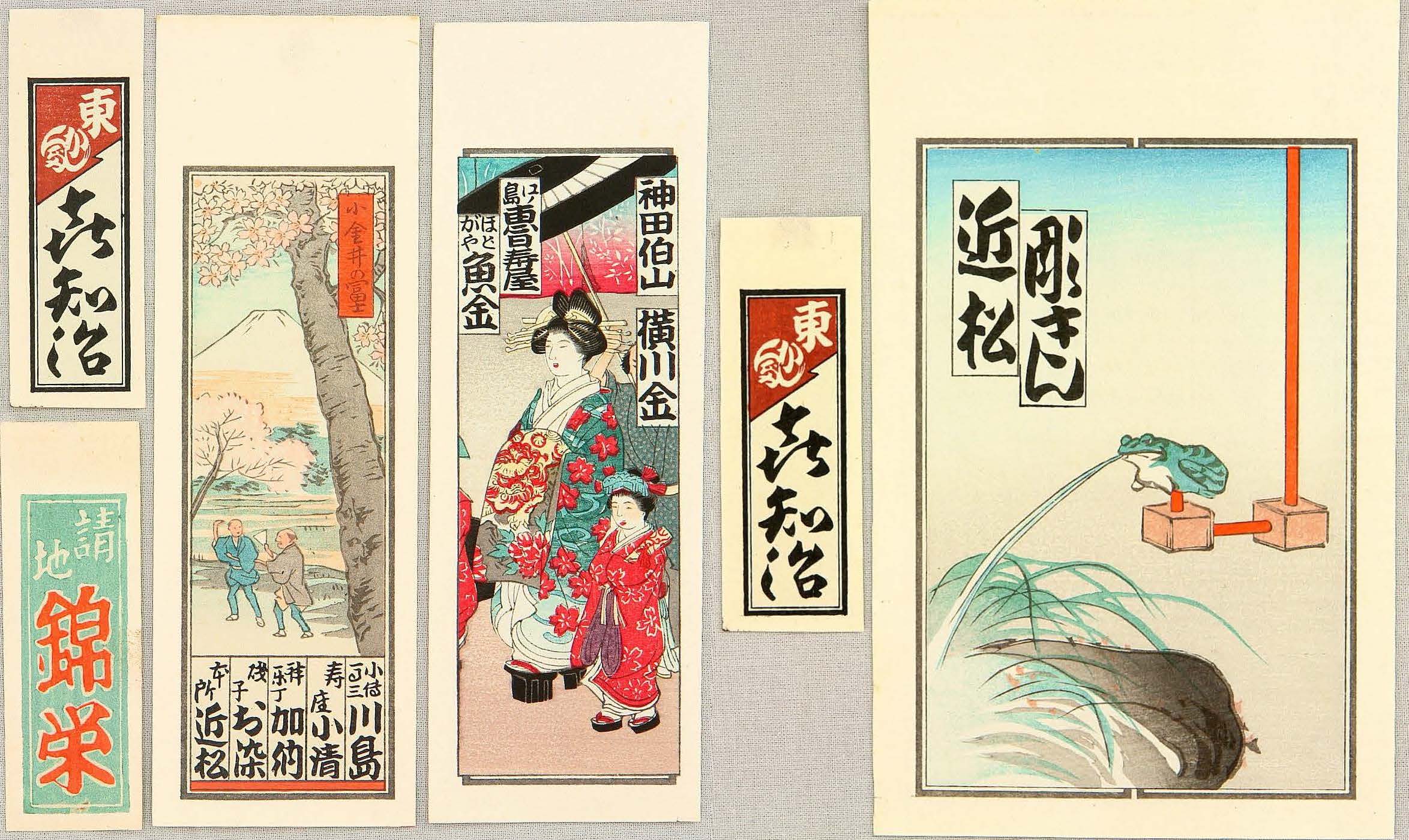 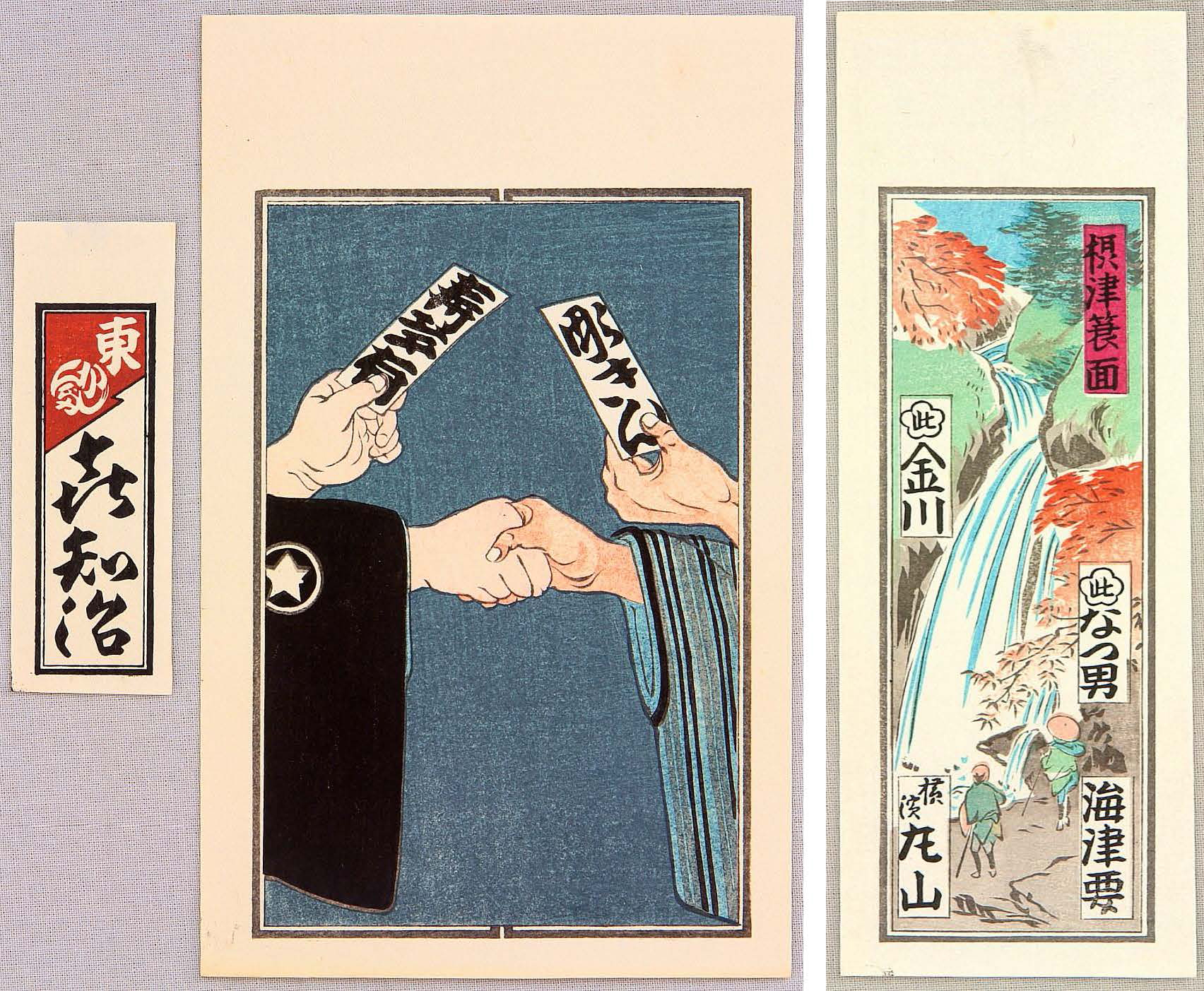 A single senjafuda measures 1.6 Sun (58mm) in width and 4.8 Sun (174mm) in height. This gives the senjafuda a ratio of 1:3. A frame is drawn inside this space which contains the lettering or pictures. In 1887 a measurement for this frame was also established as 48mm wide and 144mm tall.

You can download a template and print it out or have a go at drawing it with a ruler.

Use the square to put your initials in for personalising.

Then, choose a theme to create a series of designs. This might be a theme you’ve been working on at your Club or at school, or perhaps something else that interests you.

The Royal Cornwall Museum Saturday Club’s theme this year is the environment so you could could take inspiration from your surroundings. As we live in Cornwall the one we know the best is the coast and sea for this we would draw beaches, rock pools, sea creatures and the fishing industry. It could be the small parts of the environment like shells or large like a scene of cliffs. Have fun making designs.

Thank you for taking part in the Royal Cornwall Museum Art&Design Saturday Club Workshop. Don’t forget to share your design or post online and tag @natsatclub

If you want to find out more about these and other Japanese ephemeral prints, my old lecturer in Moku Hanga (woodcut printing) Rebecca Salter wrote a good book on this called Japanese Popular Prints: From Votive Slips to Playing Cards by Rebecca Salter

Here’s a little history of Senjafuda:

Senjafuda were first produced in the Heian period 794 to 1185 when shrine worshipers made pilgrimages to visits to many shrines and worship the Buddhist goddess of mercy, Kannon. They were not originally made of paper, they were first made from wooden slats that were hung from the gates of Kannon Temples by nails made of bamboo. The slats were carved out with the visitors’ name, area of origin and often included a prayer for a good life and afterlife. There are two styles of Senjafuda, the older style, daimei nosatsu and kokan nosatsu the new style. Daimei nosatsu are basic black ink on white paper. The ink used is called sumi and it is so strong that after the printed senjafuda was placed on the shrine or temple gate, years later when the paper peeled away, the ink remained.

The later style senjafuda are called kokan nosatsu and they originated around Japan’s Edo period, 1603 to 1868. They came about because during the beginning of the Edo period, the pilgrimages to shrines gained popularity and started what is known as senjamode which literally means a thousand shrine visits for good luck. Kokan nosatsu senjafuda are a lot more colorful and have rich patterns and designs. They were used as novelty items and more like trading cards or the business cards of today. Like most all things during the Edo period, they were regulated. Depending on your class and order in society, they could not contain too many colors if you were not upper class. Some famous producers of senjafuda are Hiroshige, Eisen, Kunisada, Kuniyoshi.

Gwyl has been a tutor at the National Saturday Club in Truro for ten years and he himself went to a Saturday Club at the age of 12 at Northampton Art School.

Gwyl was taught printmaking by Rebecca Slater who is now the president of the Royal Academy and has since taught workshops in Japanese woodcut printing and printmaking at art schools and other venues and is currently a visiting lecturer at Truro College.